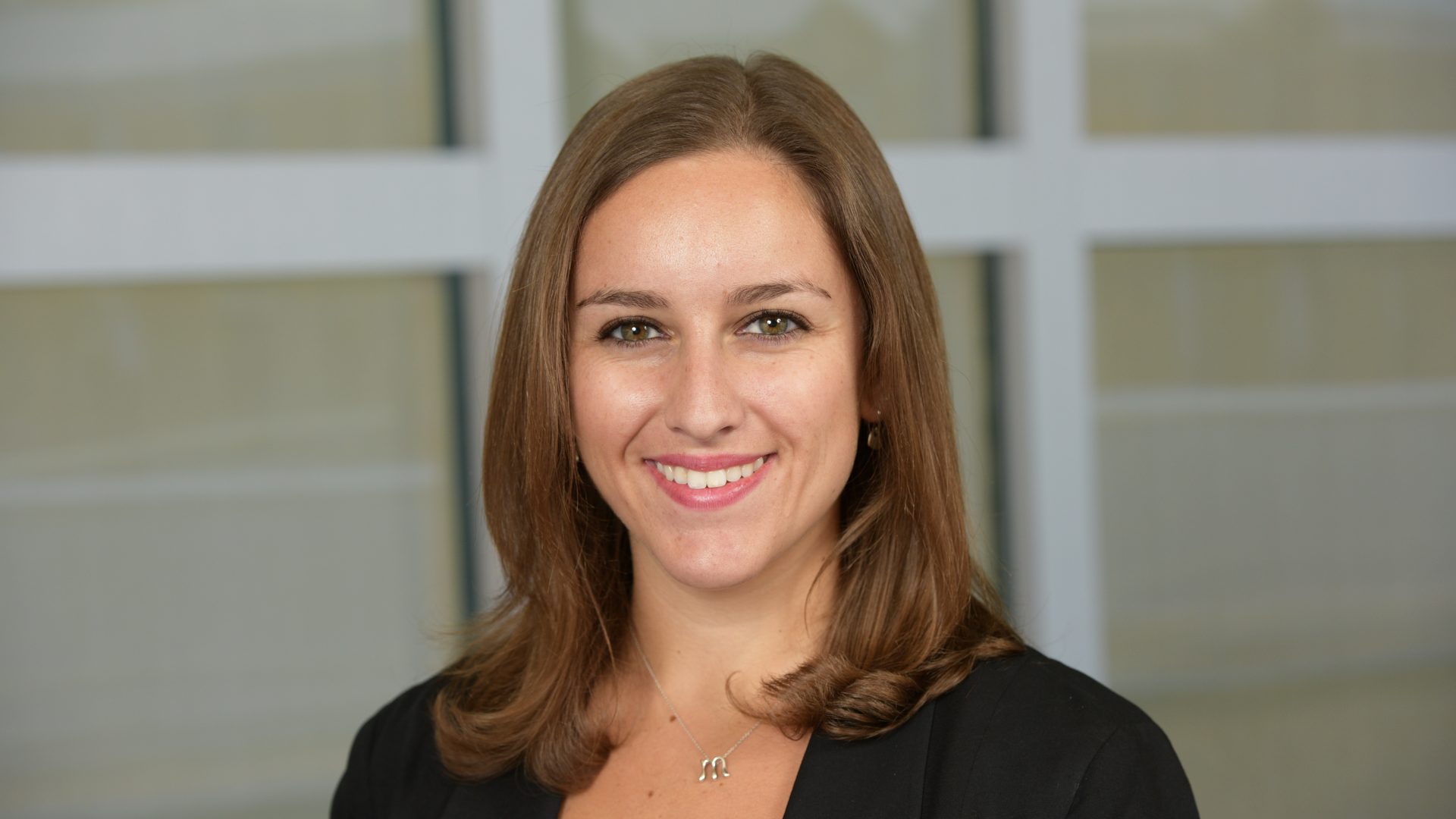 When Molly Smith first came to Syracuse as a broadcast and digital journalism major at Newhouse, she planned to pursue a career as a tennis commentator. However, during her sophomore year she decided to enroll at Whitman as a finance major, where she discovered a new passion for business reporting.

“I didn’t always want to pursue financial journalism, but once I decided that this is the career path for me, I thought it would be beneficial to understand what exactly I’d be reporting on,” explained Smith. “I’ve taken the most away from my accounting and finance classes for learning how to interpret financial statements and find the story within them.”

Smith gained first-hand experience as a reporter after her sophomore year when she interned with WABC-TV Channel 7 in New York with the Investigative Unit. She served as an associate producer for the team, compiling preliminary research and interviews so the producer and reporters could determine whether to pursue the story further. “I went on site for almost all of our stories for interviews and collecting footage, and also got the chance to go undercover,” she said.

This past summer, Smith finally had the chance to use her Whitman education as an intern with Bloomberg News for the company’s First Word podcast. First Word delivers the news to Bloomberg terminal clients in bulleted form, including acronyms and stock tickers used by financial professionals. Smith was responsible for covering U.S. equities, producing daily and weekly items about the financial sector and covering equity movers, earnings and company news. She will be returning to Bloomberg following graduation to continue working as a financial reporter.

On campus, Smith is involved as a reporter for CitrusTV. She has held a variety of positions at the station, including executive producer, investigative reporter and political correspondent for Talking Points. She also serves as a captain of the SU Club Tennis Team. This year, Smith was selected to be a Remembrance Scholar, which is a scholarship awarded to 35 seniors each year to honor the memory of SU students that were killed onboard Pan Am Flight 103 during a terrorist attack. “It has been a humbling experience to honor those lives lost and make new connections with fellow scholars,” she said.

Smith plans to return to Bloomberg next summer, but stresses that she is still open to new possibilities in the future. She hopes to continue building a career in financial or investigative journalism and end up in London within a few years after graduating. “I’m learning that it’s okay to not have your life figured out by the time you’re 21,” said Smith. “There are still so many options that I want to pursue, and I have a long time to figure it out.”

Meghan Rimol
Meghan Rimol is a communications intern at the Martin J. Whitman School of Management at Syracuse University. She is in her senior year at SU, pursuing a dual major in public relations and information management and technology. In her spare time, Meghan enjoys staying active through running, skiing, biking, hiking and participating in a variety of intramural sports.