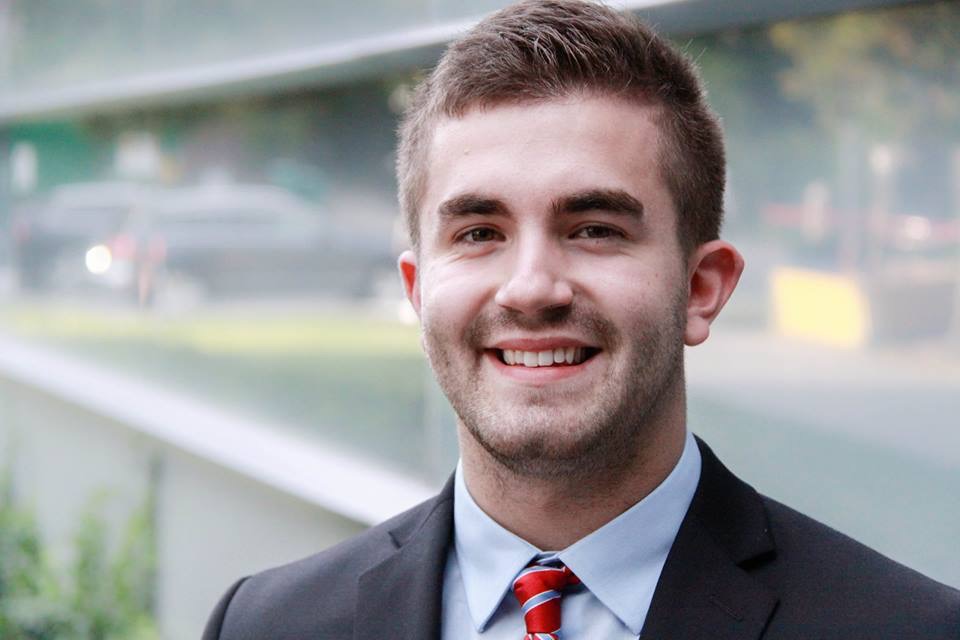 Instead of watching television this summer, Joseph Howard decided to give life on the other side of the screen a try. As an intern for ABC Family in New York City, Joseph was able to see every aspect of television production, from the creation of a show to its debut on air.

At ABC Family, Joseph was a part of a rotational internship program, meaning he had the opportunity to work with a different department every day of the week. Working with teams in various roles, such as sales or integrated marketing, allowed him to see all sides of the business while helping him to develop his core skills.

At the conclusion of his internship, Joseph completed a final project that required him to work with a team to brainstorm an idea for a new television show. They also were tasked with developing marketing strategies, exploring potential advertising sales and completing market research for their concept. He then pitched the idea to about 50 executives from ABC and ABC Family. “I really enjoyed my past internships as they taught me a lot, but this was hands down my favorite experience and made for one of the best summers of my life,” said Joseph.

Prior to this internship, Joseph held marketing internships at Madison Financial Planning Group and Blue i Marketing Group, where he gained valuable experience in branding, social media and web development. He is highly involved in the Whitman community, serving as the co-president of the American Marketing Association, member of Delta Sigma Pi, Whitman ambassador and IMPRESS mentor. Joseph is also the co-founder of Syracuse’s chapter of WeThrive, which is an entrepreneurship mentoring program that works with the Syracuse Housing Authority that will be starting this semester.

For Joseph, it is the connections that he’s developed over the last three years both in and out of the classroom that make Whitman so special to him. “I have met several Whitman alumni that would go out of their way to make sure that they are helping fellow Whitman students with internships, advice and careers,” said Joseph. “Whitman really teaches us how to network early on and how to maintain those connections.”

Following graduation, Joseph plans to attend law school—and might even stay at Syracuse for a bit longer to do so. Eventually, he hopes to work in corporate or entertainment law. Be on the lookout for Joseph around Whitman and congratulate him as our first #WhitmanWatch of the year!

Meghan Rimol
Meghan Rimol is a communications intern at the Martin J. Whitman School of Management at Syracuse University. She is in her senior year at SU, pursuing a dual major in public relations and information management and technology. In her spare time, Meghan enjoys staying active through running, skiing, biking, hiking and participating in a variety of intramural sports.
Latest posts by Meghan Rimol (see all)
Skip back to main navigation