Running After the Torch and Other Opportunities

Working on site at the Olympic Games is an opportunity that few communications students – let alone students in general – get the chance to take advantage of. Juwan Thompson, an entrepreneurship and emerging enterprises major here at Syracuse University’s Martin J. Whitman School of Management and a public communications minor at the S.I. Newhouse School of Public Communications, has a way of finding and earning highly competitive opportunities. Thompson was one of a select few students given the chance to intern in at the 2016 Summer Olympic Games.

Known for taking risks, Thompson has actively pursued challenging positions. As a freshman, Thompson applied for an internship at American Honda Motor Company that was listed for graduating seniors. Despite only being a freshman, Thompson read the position’s qualifications and felt that his prior experiences, including an executive board position on the board of education for Georgia’s third largest school district, gave him the necessary skills to succeed in that position. Sure enough, after a series of interviews, Thompson was extended an offer. In this position, he worked on a national advertising campaign and created a detailed post-launch survey among other responsibilities.

According to Thompson, his Whitman classes have helped him explore the key components of entrepreneurial thinking, habits and actions. He has applied these concepts to his work as chief marketing officer of Consurtio, one of Whitman’s experiential learning ventures, an internship at the global media company Viacom, his role as chief of staff in the Student Association and many more places outside of the classroom.

“I have always thought that it’s not about what you’re taught, but how you apply it and why,” Thompson said.

Between his classroom and experiential learning, Thompson hopes to use his diverse experiences in entrepreneurship, film and production to eventually become a chief marketing officer for a global film production company. 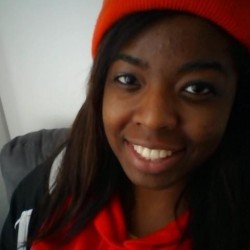 Tahirah Newkirk
Tahirah Newkirk is a communications intern at Syracuse University's Martin J. Whitman School of Management. She is a senior with a dual major in public relations and international relations. Tahirah can probably be found in the admissions office where she gives campus tours, at the gym practicing with the club volleyball team or in her room solving a sudoku puzzle.