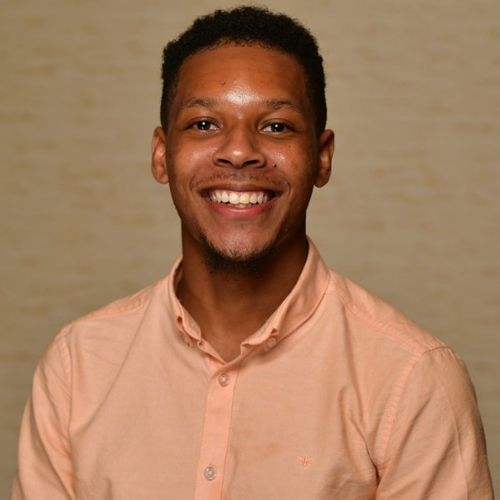 Kenny Buckner, a finance and information management & technology dual major at Syracuse University‘s Martin J. Whitman School of Management and The School of Information Studies, was among 35 students chosen to be the 2018-2019 Remembrance Scholars.

These scholarships were founded in tribute to the 35 SU students who were victims of the Dec. 21, 1988 bombing of Pan Am Flight 103 over Lockerbie, Scotland. The Remembrance scholarships are funded through an endowment supported by gifts from alumni, parents and corporations.

The senior from Atlanta, Georgia has taken advantage of his time at Syracuse University thus far and keeps busy on campus. Buckner is a brother of Alpha Phi Alpha Fraternity, Incorporated and Delta Sigma Pi, a professional business fraternity, a member of the Syracuse University Student Association’s finance board, and a former resident advisor and Whitman ambassador.

Buckner chose to attend Syracuse University through an opportunity provided by the Posse Foundation, a nonprofit organization which identifies, recruits and trains high school students with extraordinary leadership potential. According to Buckner, the most beneficial aspect of his education has been being enrolled in both Whitman School and the iSchool, where he is able to blend his love of technology and business.

“I have had great professors, learned applicable skills, and found a community in both schools that will last after graduation,” Buckner explained.

Buckner has interned with Deloitte over the past summers, and most recently was as a federal cyber risk intern at the Deloitte office in Washington, D.C.

“Through these experiences, I have learned different technical skills, the importance of networking, upped my Microsoft Excel game and really found a corporate culture that I can fit into,” said Buckner.

After graduation, Buckner will be moving to Washington D.C. to work as a federal cyber risk consultant at Deloitte.

Alexandria Lee
Alexandria Lee is currently a part of the Executive Development Program at Macy’s Inc. and will be an Omni Assistant Inventory planner upon the completion of the 12-week program. She graduated from Whitman in 2015 with a B.S. in supply chain management and marketing management. Lee was very active within the Whitman community as a student. She was a brother of Delta Sigma Pi, a co-ed business fraternity, served as a Whitman ambassador, worked as a research assistant in the Behavioral Lab, and participated in a Whitman consulting project for a digital marketing firm. Even though she was born and raised in Los Angeles, she decided to stay on the East Coast and has relocated to New York City for her job at Macy’s.