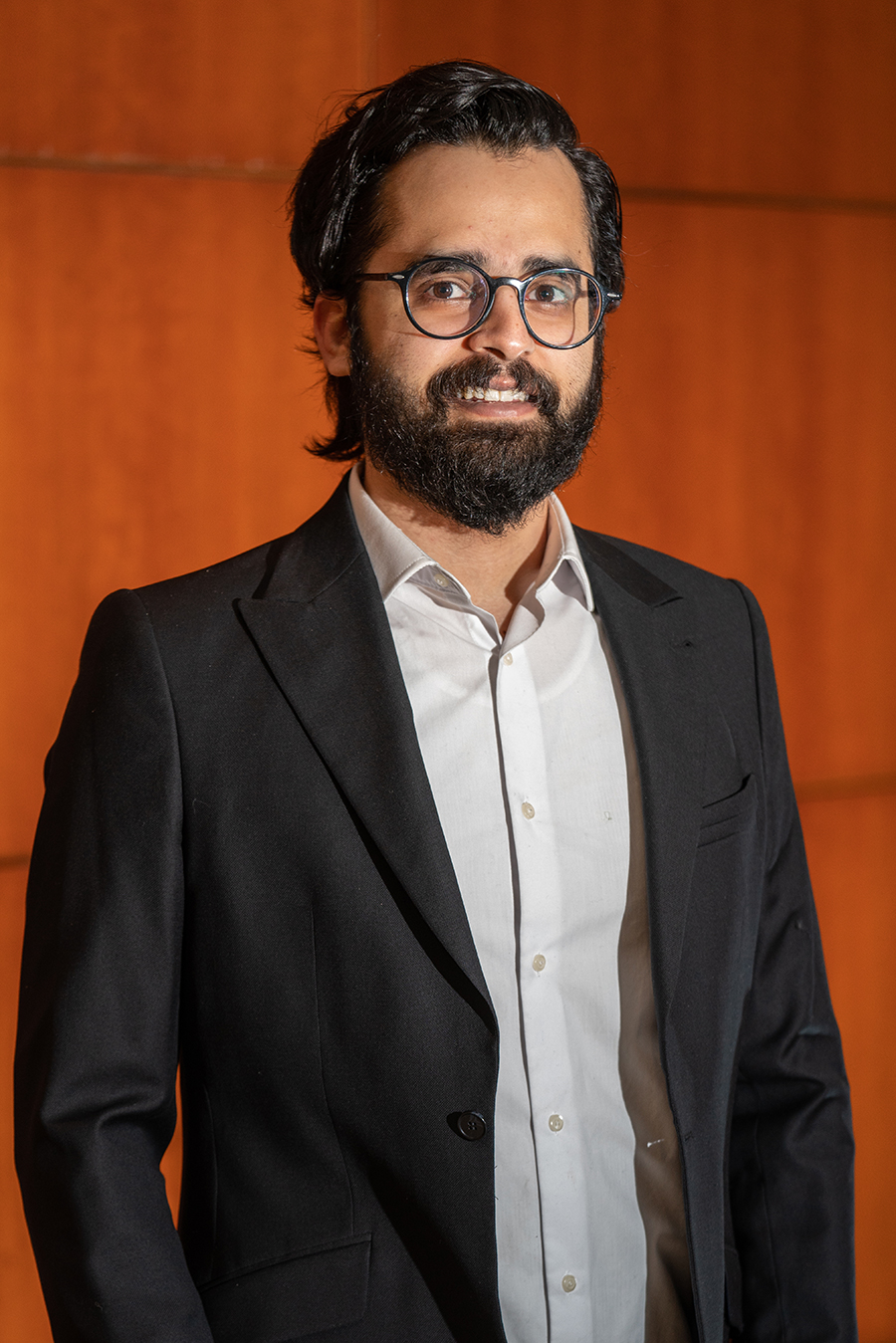 Faraz Khan was an outstanding football player in Pakistan (soccer in the United States) and had offers to pursue the sport as a career, but he said no. “It was not a difficult choice,” said Khan, who holds an undergraduate degree in electronics and electrical engineering from the University College of London. “I had the chance to get an education, and I didn’t want to throw that away.” He credits his father, who was also an outstanding athlete, for giving him good advice and stressing the value of education.

After completing his undergraduate degree, he worked for four years primarily in Pakistan in supply chain management before deciding to pursue an MBA. While he had heard of Syracuse University's Martin J. Whitman School of Management, he never visited the campus until starting the program. Though he acknowledged that things are “definitely different in the U.S. — but in a good way,” he has enjoyed meeting new people and absorbing the culture, including his new found love of cheeseburgers and “American breakfast.”

As Khan completes his first year of the MBA program, he has come to appreciate the unique aspects of the Whitman School as well. “What stands out to me is the accessibility of the career center, professors — and even the dean,” he said. “You can walk into their offices, and they always spare some time for you. I have built so many great connections with the faculty.”

“It’s been a very good experience, and I’ve loved my time here so far. It has a strong international population, and I like hearing different ideas from various cultures. That’s where education is at its best.” - Faraz Khan

Some of those connections, along with his own hard work, helped him land an internship this spring with the Syracuse Tech Garden, an area business incubator that helps establish tech-related startups and advances entrepreneurship and innovation. This summer, he will intern at Procter & Gamble. “Securing an internship is key, especially for international students,” he said of the opportunity to work for a U.S.-based company.

In time, Khan hopes to shift his career into finance and business analytics, eventually creating his own startup in financial technology. He hopes to stay in the United States for a while, but “in about 10 years, I would like to be back home or at least have a job where I can spend some of my time in Pakistan,” he said. Khan has nothing but praise for the Whitman School community.

“It’s been a very good experience, and I’ve loved my time here so far,” he said. “It has a strong international population, and I like hearing different ideas from various cultures. That’s where education is at its best.”