NFL Star Latavius Murray Suits Up For College in Syracuse

NFL Star Latavius Murray Suits Up For College in Syracuse

Latavius Murray ’20 MBA, a New Orleans Saints running back, holds his hometown of Syracuse close to his heart. So much so that when the National Football League star decided to continue his education, attending Syracuse University was his first choice. Now, more than halfway through the MBA@Syracuse online program, he feels confident in his decision to enroll and in his future after football.

When he was a child, Murray’s mother moved him and his brother to the Syracuse area to live with his grandfather. As a youth, his fascination with sports led him to join local basketball, football and track teams. He also was an avid follower of Syracuse University’s sports teams. Eventually, Murray’s athletic efforts would earn him a place on the All-CNY Boys’ Basketball Team and All-CNY, All-League and All-State honors in football. During high school, he received many offers from colleges. Ultimately, he decided to pursue his education out of state in order to experience life away from home. However, he never forgot about Syracuse University or the city where he spent so many years perfecting his craft. 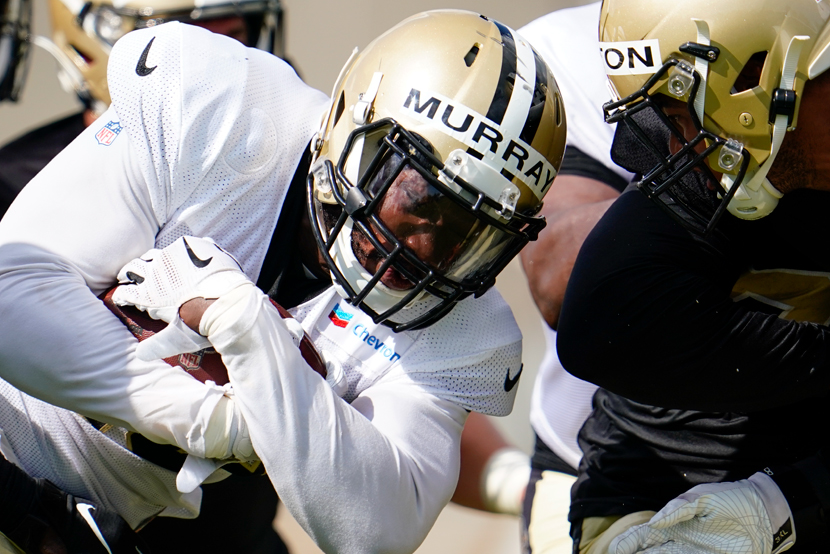 A powerhouse on the football field, Murray gained recognition for his skill and tenacity, which eventually landed him a place on the NFL’s Oakland Raiders, Minnesota Vikings and most recently the New Orleans Saints. However, his success was not without complications, as he suffered several injuries. According to Murray, during his healing period, he had to consider what his life would be like if he could not return to playing football.

“Through injuries, you obviously aren’t playing, so you have time to do a lot of thinking, and so for me, it was more so figuring out if this was it... if I was done playing, what would I do?” said Murray.

With these thoughts in mind, Murray decided to earn an MBA. However, enrolling in just any university or MBA program would not do, explained Murray. He wanted to enroll somewhere special to him.

“When I brought up the idea of going back to school, I thought, ‘Where can I go that would really mean something to me?’ I thought, Syracuse University,” said Murray. “This [attending Syracuse University] was an opportunity for me to come back and be a part of this University that I’d been watching and keeping track of from a really young age, and also once I found out that this was one of the best programs to go school for and get your MBA in business, it was a no-brainer.”

The Whitman School offers full-time and online MBA programs with curriculums that cover topics such as data analysis, accounting, economics, finance and organizational leadership. In addition, the program has a range of electives in project management, entrepreneurship, marketing research, Six Sigma and more. Within the MBA program, Murray selected the entrepreneurship and emerging enterprises specialization, which, through global residencies, courses and experiential learning opportunities, has provided him a comprehensive understanding of the many factors that influence the success of a company or idea. Inspired by former professional athletes like Shaquille O’Neal, Michael Strahan and more, Murray hopes to use his new-found business and entrepreneurship knowledge to start his own venture.

“I hope to eventually start my own business, maybe one that focuses on helping children or young athletes, like I once was,” said Murray.

As a seasoned professional who has experienced both success and potentially career-ending injuries in the NFL, Murray encourages all athletes to plan for the day that they can no longer play and to seek out support from the NFL, which values education and provides players assistance for academic programs.

“Younger players need to realize the opportunity that is going back to school, and the NFL will help you as long as you pass and do what you are supposed to do,” said Murray “Some players get caught up in the money we are making and maybe think that it’ll last for a lot of time, but it only lasts for the time frame we are playing.” 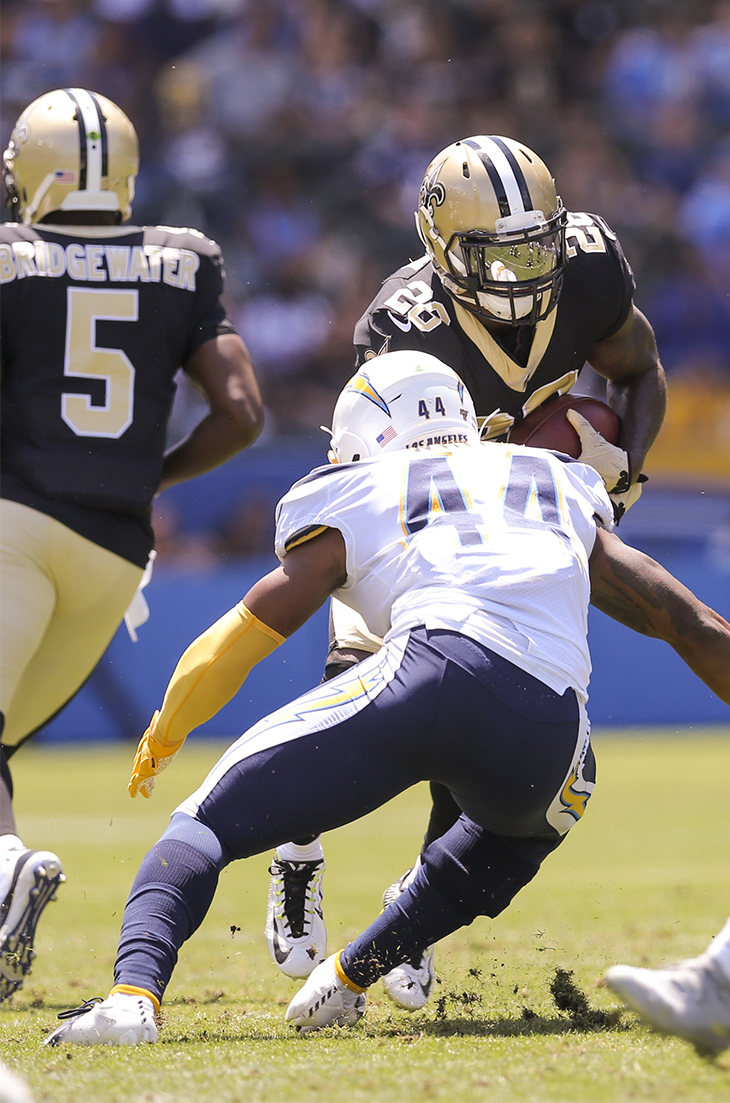 Murray also suggests that players seek out flexible programs to better maintain a work-life balance. As a player who recently joined a new team and had a child, Murray is grateful for the flexibility of the Whitman School MBA program.

“To be an NFL football player, it obviously takes a lot of commitment in itself,” said Murray. “For what I do, there is really no break, because I have to continue to work out and spend an offseason signing with a new team, and so the program has been very, very flexible. The professors have also helped not only me but other students who may also have conflicts regarding their personal lives and work to make sure that everyone gets that equal opportunity to excel in the classroom.”

Come May 2020, he will walk the stage at graduation surrounded by his family, friends and classmates, as he becomes a proud Syracuse University and Whitman School alumnus, an event that, according to Murray, has been a long time in the making.

“I’m thrilled I’ve been in this program, and I’m already thinking about doing another degree,” said Murray. “I can’t wait to walk. Everyone is going to be there. It’ll be like another high school football game for me where all my Syracuse family can come and cheer me on.”