Chinese New Year—A Combination of Christmas and the Super Bowl

Yesterday I came across my professor at Starbucks and we chatted for a while. I told him that it was our Chinese New Year and we Chinese students were going to celebrate it together. He smiled at me, expressed his best wishes, and told me that it was also the Super Bowl in an excited voice. I would have been excited enough to cheer with him if I’d held a cup of coffee instead of a butter croissant in my hand!

Yes, just like the Super Bowl event for Americans, Spring Festival in China (also known as Chinese New Year) means a lot to every Chinese person. No matter where we are, we always try our best to stay with our families. It’s similar to how important Christmas is for most people, especially in the western world.

Okay, let’s start with the Spring Festival Gala first. The Spring Festival Gala, commonly abbreviated in Chinese as Chunwan, is a Chinese New Year special produced by China Central Television. The special is a variety show, often featuring musical, dance, comedy, and drama performances. Many Chunwan performers have emerged as household names in China. It also has the largest audience of any entertainment show in the world, making it an even bigger event than the Super Bowl.

As the saying goes, there are a thousand Hamlets in a thousand people’s eyes-even though the show draws an estimated audience of more than 800 million viewers, not everyone buys it. Trying to appeal to multiple generations, the gala is considered a little bit out-of date. Even the People’s Daily newspaper, a daily newspaper in China, ran an article with the headline “Passé Gala” in the year 2012.

However, we have to admit that we need it, from the bottom of our hearts. Every family in China watches at least part of it, depending on what their favorite or most expected parts are. Most of us keep it on in the background during the reunion dinner or during holiday visits with family and friends. Even when people are back to work or class after the holiday, we keep talking about it. We share our favorite or not so favorite parts of the show with our colleagues or classmates. A friend of mine joked with me recently, quoting a joke originally from a comedy performance in the Spring Festival Gala of the year 2001, which is so long ago that I didn’t even get it at first. She then opened up her laptop, searched for the performance, and showed it to me. The skit is so classic that we watched over it again and ended up laughing together. This is exactly the charm of the Gala; sometimes people say they’ve had enough of it, but deep inside, come on, they know they love it.

Besides the Spring Festival Gala, we have many other kinds of Spring Festival traditions. For example, we do a lot of cleaning and shopping before the New Year, make Spring Festival Couplets and paper-cuts, eat dumplings, set off firecrackers at midnight, and give lucky money (also called “red envelopes”) to children after the reunion dinner (which was my favorite part when I was a kid). On the following day, we usually visit our relatives and friends. Some places will hold temple fairs every year at this time. This is an old festival practice, but now they are more like carnivals. Traditional cultural performances such as puppet shows, playing diabolo, traditional magic, and so on can be seen.

Every custom and activity represents a different meaning. Even the same custom has different meanings depending on the part of China it is practiced in. For example, most of my classmates here from Northern China eat dumplings at the reunion dinner on New Year’s Eve. They shop for flour and different kinds of meat at supermarkets that day and start from scratch, kneading the dough by themselves. As a “small town girl” from China’s Southeast Coast, my family usually prepare dishes like fried rice noodles as the main course, plus different kinds of seafood dishes with different treatments like steamed, braised, and broiled.

Overall, the Spring Festival is a perfect time for family and friends to get together, and it is all about making cherished memories together with our loved ones. Together, we ring out the old year and ring in the new! 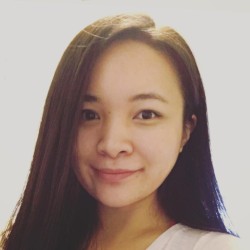 Huiyan Mei
Huiyan Mei is an MS in Accounting student at the Martin J. Whitman School of Management at Syracuse University. She has a great passion for everything about music and is an amateur dancer. In her spare time, she likes gourmet cooking, doing yoga, and practicing Chinese calligraphy to relax. She also likes eating Sushi so much that sometimes her friends call her “Sushi”!