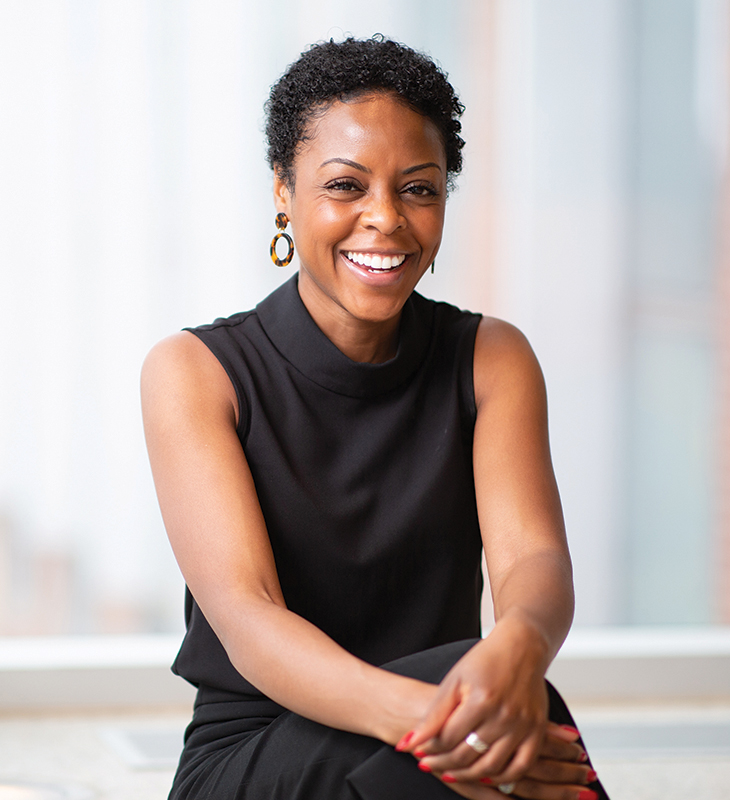 When you ask Whitman students where their careers are headed, most say the Big 4 accounting firms, Wall Street or the intention of becoming a CEO. Few mention opening a flower shop, but for Brittany Jackson ’19 MBA that makes perfect sense.

Jackson has worked as a floral designer intermittently since high school and knows that flowers are a multibillion dollar industry in the United States. Admittedly, this is a long-term plan for Jackson, who wants to pursue other passions and develop a stronger business background first. She knows that too many businesses fail without a solid plan behind them. Jackson is well on her way, however, as she prepares to complete her MBA with a specialization in marketing management this December through the MBA@Syracuse program.

An undergraduate at the University of North Carolina at Chapel Hill, where she participated in ROTC, Jackson was commissioned into the U.S. Air Force, rising to her current rank of captain. After four years active duty, Jackson remains in the U.S. Air Force now as a reservist while pursuing another passion — sports — as a marketing/sales associate for the NFL’s Miami Dolphins. As if that wasn’t enough for this ambitious woman, Jackson also decided to earn an MBA.

After four years active duty in the military, where most things were decided for her, she wanted an MBA program that offered the ability to make her own choices. She ultimately chose Syracuse University for two reasons: the flexibility of its online program and its strong relationship with active military and veterans.

Jackson credits Anh Murphy, academic advisor, online business programs, “for listening to exactly what my end goal was,” she explained. “Anh really wanted Whitman to be the vehicle to get me where I want to be and took the time to put together a plan that worked specifically for my needs.”

Having worked through this process online, Jackson was pleased to meet Murphy in person at an MBA@Syracuse residency program at the Whitman School and reconnect with her earlier this year at a residency in Hong Kong.

Being able to meet people in the program face-to-face is something Jackson considers a plus, and she looks forward to her weekly online class meetings that “mirror the goings-on around campus and allow you to actually see your professors and other classmates,” she said.

After completing her degree, Jackson isn’t exactly sure where her career will lead, but she credits the Whitman School for preparing her with a greater sense of business know-how, increased marketing skills and the support of a far-reaching alumni network.

“I’ve learned a lot of new competencies at Whitman, but I’ve also learned the importance of being flexible. Some people are so rigid that they fail because things don’t turn out exactly as planned,” she said. “So, we’ll see. I’d like to spend time exploring the possibilities.”