During our week spent in Kenya, there were many moments on the trip that impacted me greatly. These moments will stay with me for the rest of my life, as they were not only learning moments but moments that brought true joy and understanding of how lives are lived on the other side of the globe.

One moment was our discussion held through South South Women’s ‘Legacy Talks’. These talks were an opportunity for the travel team to speak with women entrepreneurs located in Kenya, by hearing their stories and how they made it to where they are now.

The discussions began with the introduction of Priscilla and Kelly to our group. Priscilla shared that her entrepreneurial journey began as she was serving her 15-year prison sentence. She began a program within the prison, which allowed inmates an opportunity to begin making products that can be sold externally. The proceeds from these sales were then directed to savings accounts for the inmate artisans, which would provide them with capital once they are released from prison. They were asked to use this money to help start entrepreneurial ventures in the future.

Hearing this story, and the inspiration behind this success story was moving. It was interesting to hear the perspective behind necessary entrepreneurship. We also had the chance to speak with her further. Priscilla knew she had no other option but to start a business within the prison. This gave her the motivation and will to endure all challenges the organization faces.

Since release, Priscilla visits the prison to help the women currently running the organization every week, and she runs her own independent agricultural and African attire business as well.

Another speaker we heard from through these Legacy Talks was the owner of the Hob House, Kelly. Kelly grew up in war-torn Lebanon, where she learned quickly what was needed to be done to survive. She adapted to her environment and learned to take advantage of opportunistic situations, even in the middle of a civil war. She became one of the first women realtors in Lebanon and made great financial success during an unfavorable circumstances.

Kelly then worked for the Iranian government for a decade, where she learned the importance of trust in building relationships. Trust is crucial to any successful business relationship, as without it there will never be a favorable business for either party. Now she spends her time running the Hob House, which acts as a sanctuary for ethical business in the region.

The interactions we were able to have with these profound women were a critical learning experience. I am very thankful to learn from these women. 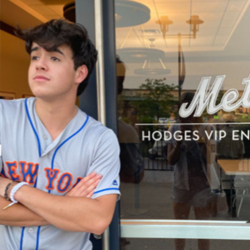