Whitman at Work: Alumnus Gives the Green Light to Superheroes and Disney Princesses

Whitman at Work: Alumnus Gives the Green Light to Superheroes and Disney Princesses

Seth Weinger ’97 has gone from the halls of the Whitman School to a magical place where princesses, superheroes and even an iconic mouse are occasionally spotted—Walt Disney Studios in Los Angeles. For 14 years, he has been a key player in financial decisions responsible for dozens of Disney films.

A Long Island native, Weinger graduated from the Whitman School in 1997 with the dream of going to Wall Street. He worked there for five years, eventually becoming a vice president at J.P. Morgan at only 26. However, “It didn’t feel like a long-term fit for me,” he says. The entertainment business had always intrigued him, so he made the move to the West Coast, earned an MBA at the University of Southern California and, soon after, joined the Home Entertainment Division of The Walt Disney Company.

“Home Entertainment at Disney was a great place to start,” he says of the division that was earning great profits selling movies on DVD, Blu-ray—and even VHS at the time. “I immediately found the collaborative culture to be much more my style. I don’t know that I saw that on Wall Street.” 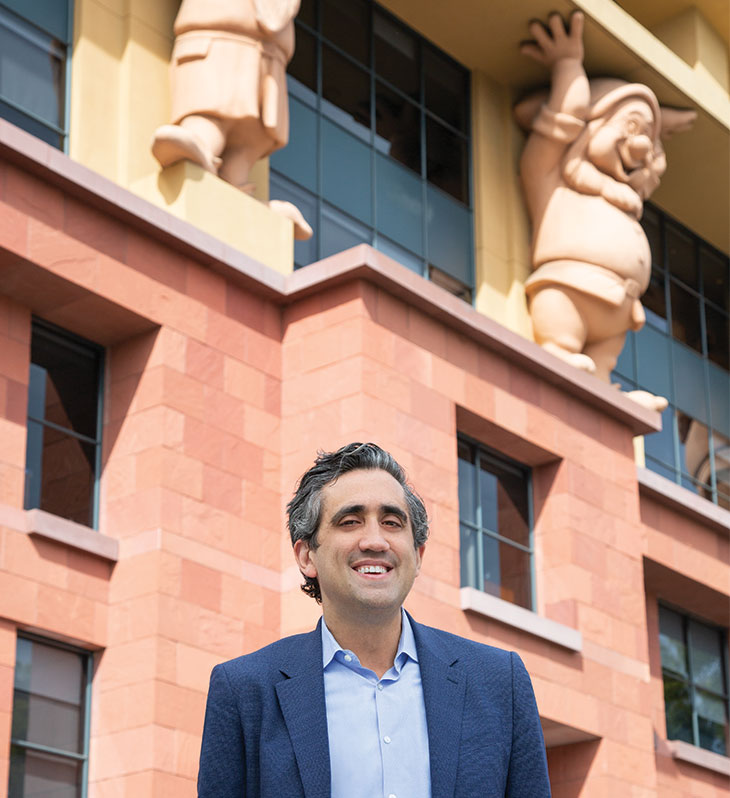 Today, he is the vice president of deal analysis and development finance at Walt Disney Studios, and he uses his skills in finance to help bring amazing films to the big screen each year. To do so, he and his team analyze the overall profitability of potential Disney films, which include those from Pixar, Lucas film, Marvel and, most recently, 20th Century Fox.

“We’re the finance voice of the green-light process,” he says. ”We start when it is just an idea, and stay with the film throughout its life, through development, negotiating with and attaching talent, and ultimately, if the numbers make sense, green light and the release of the film.”

While he is a fan of every film that his company creates, he admits that “Black Panther” is probably the one of which he is most proud. “There was so much about this movie,” he says. “It had a big budget, it featured a predominately black cast, and it told the story of a fairly unknown character. Not only did it become an incredible movie but a financial success as well. I think, most importantly, it made a real impact on our culture. I’m proud to have been a part of that.”

HOME ENTERTAINMENT AT DISNEY WAS A GREAT PLACE TO START. I IMMEDIATELY FOUND THE COLLABORATIVE CULTURE TO BE MUCH MORE MY STYLE. I DON’T KNOW THAT I SAW THAT ON WALL STREET." —Seth Weinger

Weinger hadn’t returned to the Syracuse University campus in years, so when he was invited last fall to participate in the IMPRESS Current Challenges (a speaker series to expose students to business professionals), he jumped at the chance."

So much has changed on campus, and I enjoyed meeting today’s Whitman students,” says Weinger, who also spoke to some classes and networked with students. “They were so impressive, so interested in learning and had incredible questions. I’ve actually kept in touch with a few students who have asked for career advice, particularly about the entertainment field. That’s been a great way to give back."

A self-proclaimed shy kid when he started at Whitman, Weinger credits college friends and the University environment for allowing him to gain a sense of confidence that has helped him throughout his career. He was honored that four of his college buddies, including his first-year roommate, made the trip to Whitman to see him speak. “I made some life-long friends there,” he says. “It meant a lot to me that they made the trip.” 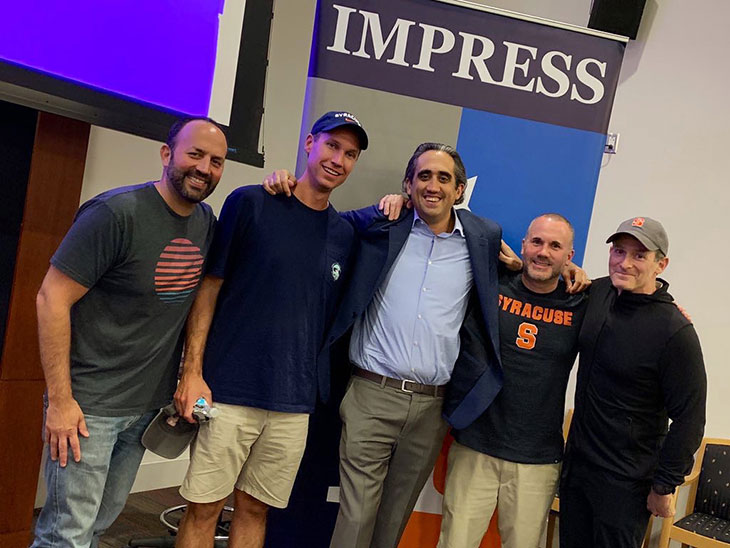 While there’s no denying that Weinger has a “cool job,” he’s especially proud that he is considered a “cool dad,” too, by his 2-year-old son and especially his 6-year-old daughter.

“My daughter thinks I make all the Disney movies,” says Weinger of his own little Disney princess. “Recently, I had the chance to take her to the premiere of “Frozen II” in Hollywood. She was so excited to walk the red carpet and see the celebrities from the film. Despite my professional successes, I have to say, seeing how happy she was that night was probably the highlight of my career.”