As the Martin J. Whitman School of Management continues to celebrate its first 100 years, it is also positioning itself for the future. It’s nearly impossible to imagine what the Whitman School will look like a century from now, but a glimpse at some of the innovative research and initiatives coming from Whitman’s junior faculty is proof positive that the roadmap to the Whitman School’s second century will be filled with excitement, passion, new ideas and success. 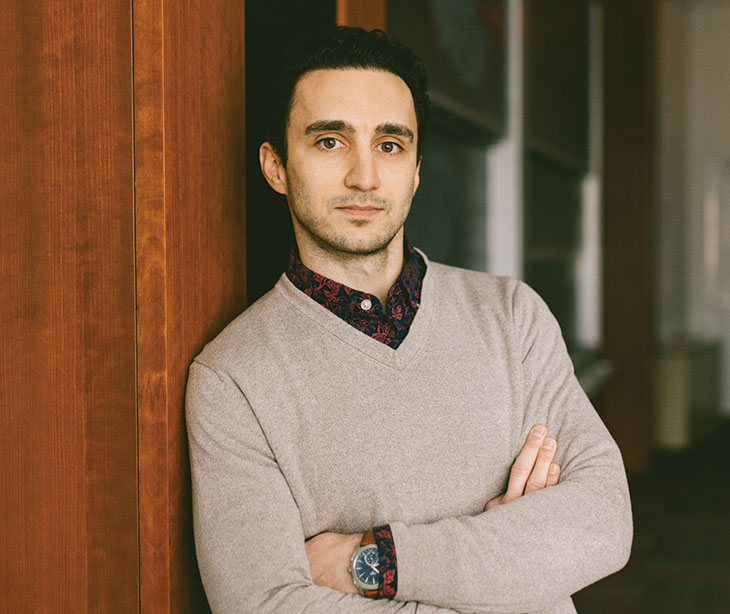 If you’ve ever seen the popular TV show “The Office,” you’re probably familiar with the narcissistic and bumbling boss, Michael Scott. While “The Office” is hardly a realistic peek into the future (and, surely by 2100, people will be asking, “What’s a TV?”), the idea of narcissism in the workplace is not only the focus of research for JOEL CARNEVALE, assistant professor of management, but also a concept that he shares with his students in his Foundations of Management class.

According to Carnevale, narcissists can be “emotional vampires” who drain the energy from the work environment, undermine the contributions of others and have an innate need to be completely in control.

“Michael Scott is, of course, a caricature on TV, but all of us will come across people who are not that far off from him, or worse,” says Carnevale, who joined the Whitman School faculty three years ago. 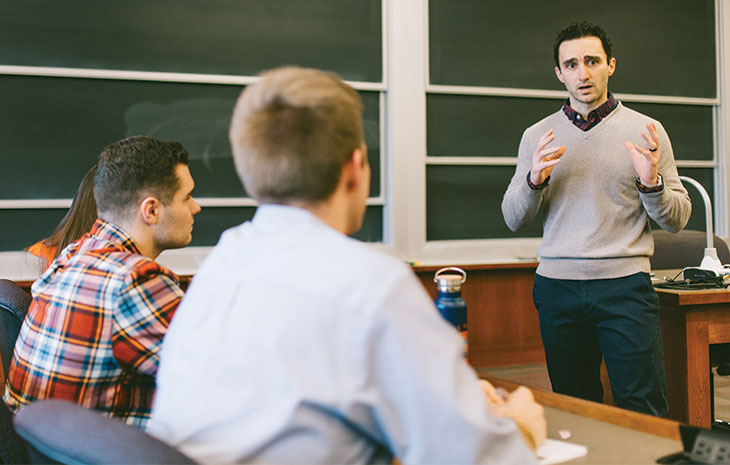 Interestingly, Carnevale has found that his management students tend to be a “highly narcissistic bunch,” according to a personality assessment he administers each semester. Students are often surprised to hear this, but—good or bad—narcissists are drawn to leadership positions, so it really isn’t that shocking at all.

“This assessment gives my students a reason to ask themselves, ‘Is this why I’m having problems getting along with others?’ Or they might simply interpret the results as acceptable leadership qualities,” he says.

Carnevale says students appreciate that he shares his research in class, as it often backs up topics they discuss throughout the semester. “Examples from ‘The Office’ pique their interest and help convey concepts they haven’t faced in the workplace yet, but probably will,” he says. “My goal is for them to understand how to avoid being the next Michael Scott, as well as learn the skills it takes to work with—or around—someone like him.” 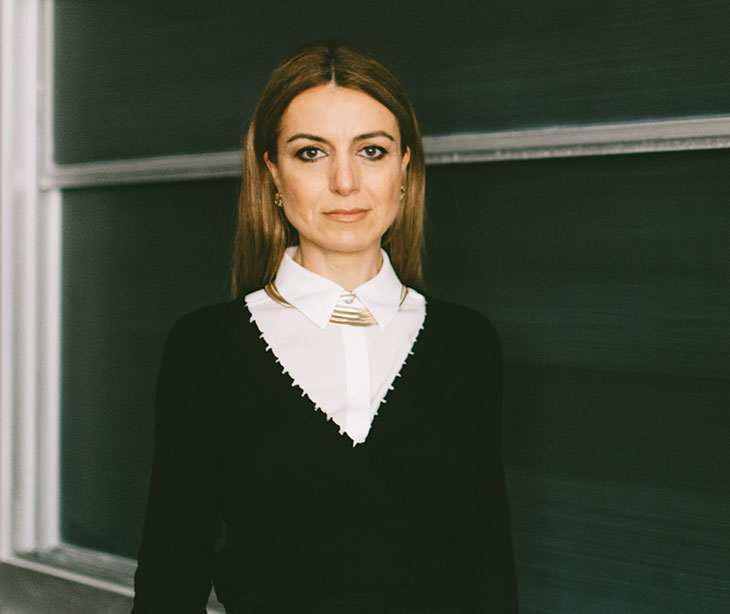 FATMA SONMEZ-LEOPOLD, assistant teaching professor of finance, also wants her students to understand how their behaviors can affect their careers, particularly the females. Sonmez-Leopold passionately encourages Whitman women to push aside preconceived notions and take the world by storm.

Growing up in Turkey, Sonmez-Leopold was impacted by the social norms that told her women weren’t as important as men and that it was difficult for a woman to be successful. As she earned degrees in mathematics and engineering, she often was the only woman in the room. A self-proclaimed “fashionista,” Sonmez-Leopold remembers being told as a Ph.D. student to tone down her look, get a pair of glasses and trade in her high heels for a pair of sneakers if she wanted to be taken seriously. She didn’t listen—and proudly recalls walking up to the stage on graduation day with 5-inch heels and perfectly styled blonde hair.

Teaching Fixed Income Securities to Whitman students, Sonmez-Leopold works to be sure all of her students feel accepted. “I’m trying to create trust with them. I’m trying to make them feel valued,” she says. “Often I get feedback from students who say, ‘You make me want to come to class’ or ‘I leave class feeling better about myself.’”

Don’t be fooled, however. She expects a lot. “I have a sense of humor, but we still learn mathematics. I make finance as applicable as possible. Young women come to my class and say, ‘I’m not good with numbers.’ They think finance is only for men,” she says. “If you feel like you don’t belong somewhere, people will pick up on that. It’s painful for me to have students not reach their capacity. Even if I only impact one person, that’s great, but I push them all to feel valued and find their passion.”

Sonmez-Leopold is adamant that you can wear more than one hat to be successful. “I have my Bloomberg hat and my New York City Fashion Week hat,” she says. “Empower yourself. Do your job at the highest level and create value. Let’s face it, when you know what you’re talking about, people aren’t going to care that you are wearing sparkly shoes. That’s the message I’m trying to create here.” 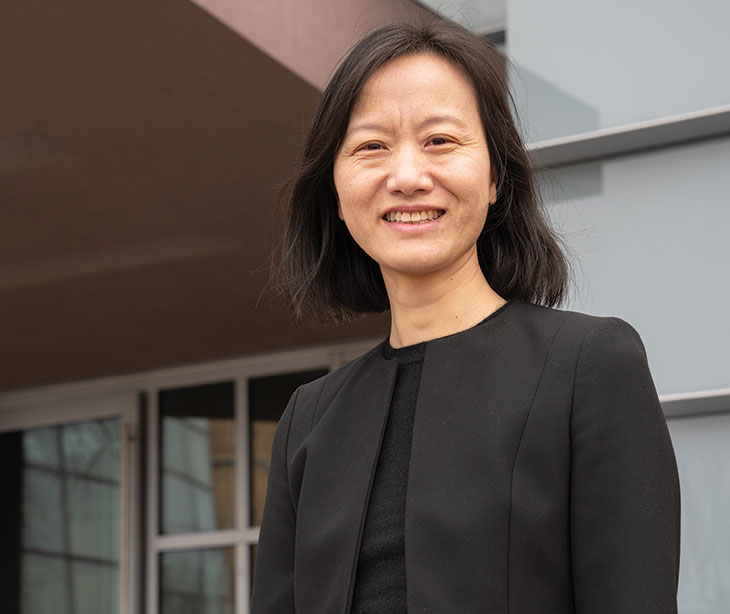 Another empowered woman on the Whitman faculty is RONG LI, assistant professor of supply chain management, who joined the faculty three years ago. Her research focuses on supply chain risk management, and she is eager for the Whitman School to bring a more global experience to students through a potential partnership with the School of Information Management and Engineering at Shanghai University of Finance and Economics (SUFE) in China.

The dean of the research institute for interdisciplinary science at SUFE, Dongdong Ge, happened to be a classmate of Li’s at Nankai University in China. They recently reconnected and started talking about ways to combine Whitman’s excellence in supply chain management, finance and global sourcing with SUFE’s emphasis on more technical optimizations skills, linear programs and an expertise in coding and analytics. “We are more managerial in nature at Whitman, and the Chinese school is more technical,” says Li of the desire to combine both strengths into one program.

While the initiative is still in the planning stages, the goal is to create a master’s degree exchange program of sorts that emphasizes the critical importance of a data-driven supply chain in the future of global business. The goal would be to bring approximately 30 students from SUFE to the Whitman School after completing a number of courses in China. Relocating to Whitman for the completion of the program would give students training and a different world view, as well as an emphasis on the importance of collaboration in problem solving and the opportunity to work with local companies. In some cases, there might be opportunities to seek employment in the United States, a popular incentive for Chinese students.

If the program takes off, Li hopes that eventually Whitman students could have a similar opportunity to study in China, enabling them to also experience a different workplace perspective and learn some of the highly technical business analytics skills where the Chinese partner school excels. 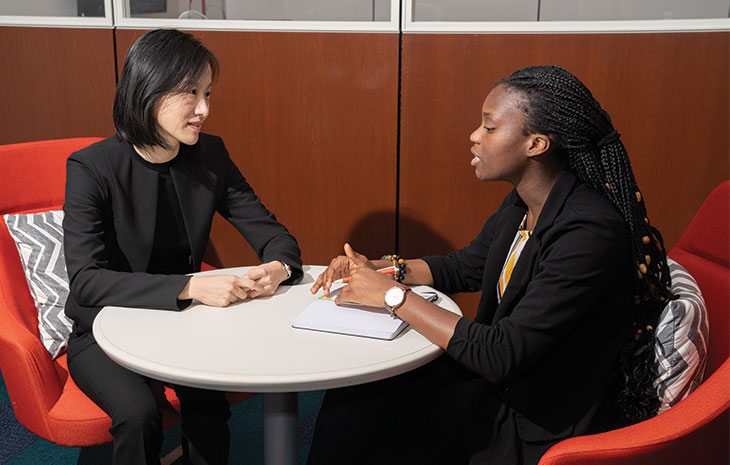 Our faculty members are doing amazing things in research and the classroom every day to strategically move the Whitman School into the next century. Keep up with the latest at Whitman Voices: voices.whitman.syr.edu.

Here are some other junior faculty members who are involved in innovative work at the Whitman School. 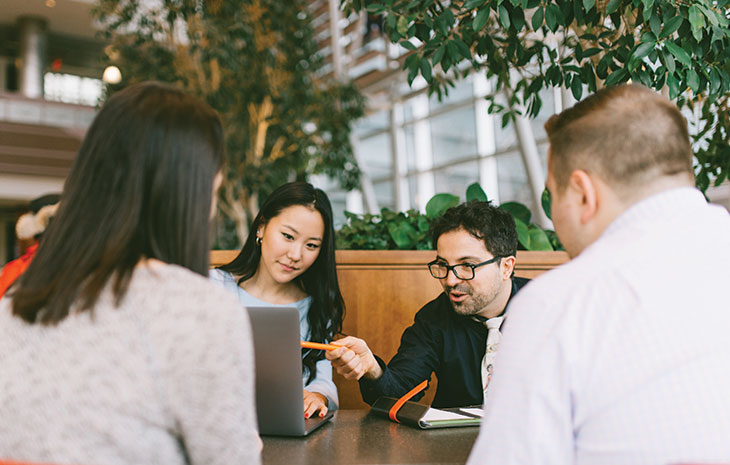 KIVANÇ AVRENLI, professor of practice who specializes in statistics, is always looking to bring new technology into practical use in the classroom. Last year, he trialed an app meant to eliminate students’ cell phone distraction by tracking their use during class. This year, he is using animated vector graphics in his class presentations to keep students focused. His presentations make Whitman students “feel like they are watching a cartoon,” while absorbing difficult concepts in analytics, statistics and coding. 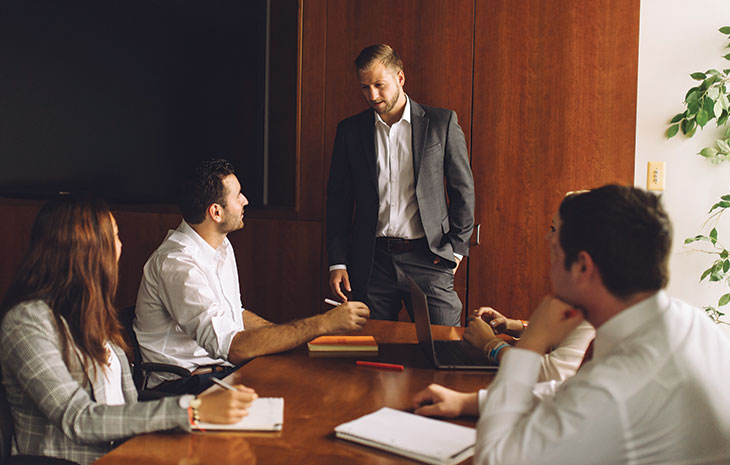 DAVID LUCAS, assistant professor of entrepreneurship, testified before the House of Representatives’ Committee on Financial Service last year during a hearing called “Homelessness in America: Examining the Crisis and Solutions to End Homelessness.” He has conducted extensive research into social entrepreneurship and the idea that organizations need to use innovation to address major social challenges to formulate goals that combine both character and ethics with entrepreneurial thinking and business acumen. 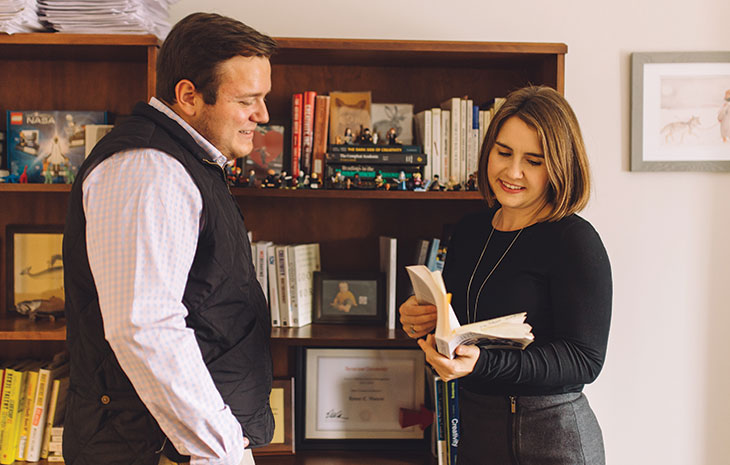 LYNNE VINCENT, assistant professor of management, is examining the dark side of creativity, as creative personalities are considered a plus in the workplace. Her research has shown that promoting creativity can often result in some unexpected outcomes. Vincent explains that creative people often feel free of restrictions, which can manifest as a sense of entitlement and possibly dishonest behavior. Lying, cheating and stealing—from extra-long lunch breaks to padding expense reports—can be ways that some creative people reward themselves for what they consider a job well done.