Last month, more than $30,000 was awarded to students at the The Panasci Business Plan Competition. The event took place over this past Friday and Saturday in Whitman in conjunction with the RvD IDEA Awards and Invention & Creativity Competition. For the Panasci Business Plan competition, a pool of 40 applicants was narrowed down to 20 before the competition began, ultimately leading to the semi-final event which took place in the afternoon on Saturday, April 11.

Diamond, a company created by iSchool senior Daniel Goldberg, took home $20,000 and received first place at the business plan competition. The mission of Daniel’s company is to “empower athletes to overcome the obstacle of being human.” Already with sales over $200,000, Diamond has found success selling its groin protection equipment and enhanced compression shorts.  Its product has seen endorsements from several professional athletes across the sporting world.

A company which focuses on sustainability and recycling, JoJo Rings took the home the second place prize of $7,500. Jordan Dudden, a senior in VPA, and Anthony Richichi head the front for this business which produces and sells locally handcrafted jewelry from 100% recycled material. Due to this process, no two JoJo Rings are the same. JoJo rings has partnered with Habitat for Humanity where they will make a contribution to Syracuse’s Habitat for Humanity for every ring purchased.

Silver Medical won the Consumer Product and Innovation Award by Architectural Mailboxes. Katherine Desy founded Silver Medical to promote a product which offers extended protection for chronic wounds. Currently, Silver Medical is commercializing a patent developed through Syracuse. Silver Medical also won the Whitman Entrepreneurial Idea Award. The first of its kind at Whitman, the award is sponsored by Jeffrey A. Linowes ’77, co‑founder and principal of The Ad Solution, Inc. The $2,000 prize was given to an idea which represents the best potential for growth and development and exhibits creativity and out-of-the-box thinking

The CNY Student Business Award, provided by the Whitman Alumni Club of CNY, was given to EBActive. In winning this award, EBActive has been given the tools to succeed, including $3,000, professional services such as accounting and web design, as well as free office space and resources for a year.  EBActive incorporates fashion with technology by enhancing safety and the night experience by offering light up athletic and party wear. The sound-activated LED shirts allow consumers to be seen better, making a safer outdoor environment. Capitalizing on their Safe-T Glow products, EBActive is looking to incorporate a new line of athletic apparel. 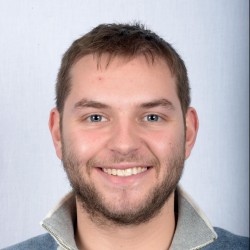