Ciao! A hot question that I’ve been getting from a lot of friends and family has been, “Where have you traveled in Europe?”, and it’s such a hard question to answer because I feel like I’ve already gone to so many different places that I don’t know what to talk about. But today I want to highlight one of my recent trips to Germany, how easy it was to travel there and what I did while there.

Towards the end of September, I planned a trip with my friend Sydney to Munich, Germany, to visit for Oktoberfest and explore the city. One might think that traveling multiple countries away would cost a pretty penny, but that isn’t the case in Europe. We booked through a student travel agency which considerably cut down our costs for the weekend and made the decision so much easier. We took a Thursday night bus through the Austrian countryside to eventually arrive in Germany on Friday morning and it was one of the prettiest countries I’ve had the pleasure of visiting yet. The huge castles and the bright colors everywhere remind me of a city I’d see in the movies, so it really was a delight.

Because we really wanted to assimilate ourselves into German culture, my friend and I bought traditional clothes to attend Oktoberfest. Typically, the men wear a leather “overall” called a lederhosen, while the women wear colorful patterned dresses called a dirndl, both of which have roots from the 18th century as primarily peasant and working class clothing that was then adopted by the German nobles who wore ones which much more premium quality.

At Oktoberfest, there was plenty to do. They had carnival rides and rollercoasters all around and had vendors selling all kinds of merch and memorabilia to take home. My personal favorite part of our day there was the giant pretzel I had. It was bigger than my head and genuinely took me about half an hour to finish. I received lots of compliments on my lederhosen which made me smile, and now when I come back in the future, I’ll be more than prepared.

We finished off our weekend on Sunday by taking a trip to the Munich Olympic Village where the 1972 Olympics were held. We got to go inside the stadium and see people zip-lining across the length of the field. It was awesome getting to see such sustainable use of the village even 50 years after it was initially constructed as people still use the area to go on runs and host community events. Definitely, a place I highly recommend visiting if you end up in Munich.

Midterm season is quickly approaching here as well, so in the next couple of weeks I’m going to be hitting the books pretty hard. In my next blog, I’ll try to cover some of my best study methods and habits I’ve developed while here to stay on track. 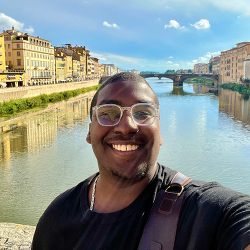