Since 1952, Syracuse University has been training members of the military and civilian personnel for careers as comptrollers for the armed forces and the Department of Defense. The program was originally called the Army Comptrollership Program, as it was specifically geared to U.S. Army personnel. It came to be a way to institutionalize a financial management redesign of the “unconscionable way of handling money” that had occurred during World War II. This strategic reform held the Defense Department accountable for expanding its capacity to mitigate risk and become more efficient, according to Irma P. Finocchiaro ’91, director, defense programs, at the Whitman School.

Much has changed since the ’50s, and the program has adapted to the times, offering new courses, expanding the diversity of the students and opening up the program to all branches of the military and its civilians, while growing its reputation as one of the top schools in the country to meet the defense comptrollership requirements of highly trained and skilled financial managers responsible for millions of dollars of budgetary resources. 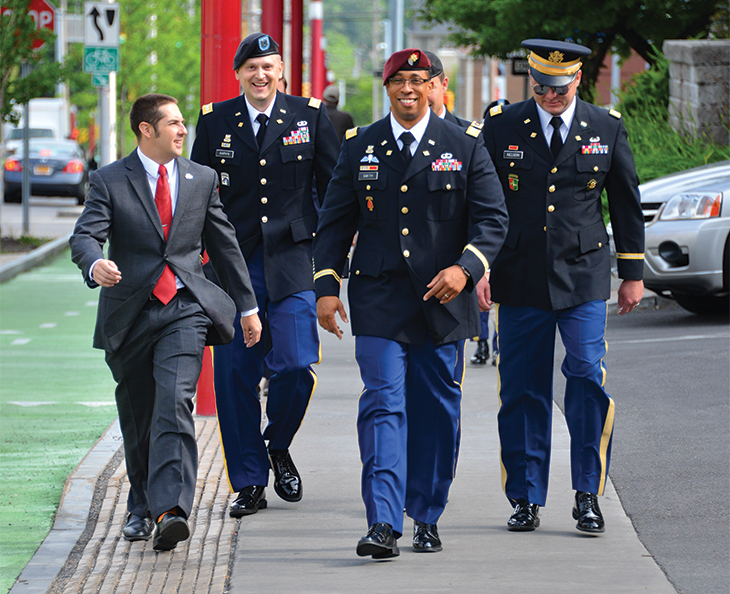 In 2006, the Whitman School combined forces with the Maxwell School of Citizenship and Public Affairs at Syracuse University and changed its name to the Defense Comptrollership Program to reflect an up-to-date curriculum and the addition of not only students from the Army but also the U.S. Coast Guard, U.S. Air Force and their civilians. Shortly thereafter, the program expanded to also include the U.S. Navy.

Students complete the program in 14 months, which includes a full academic year and two summer sessions on campus. Forty-two credits are completed at the Whitman School and 18 at the Maxwell School, combing competencies ranging from economics and accounting to ethics, dispute resolution and, most recently, business analytics. Students also must pass the Certified Defense Financial Manager examination, as well as complete 24 hours of community service. At graduation, students receive two degrees: an MBA with a concentration in business analytics from the Whitman School and an executive master of public administration from the Maxwell School.

Finocchiaro retired from the Army as a civilian after 44 years working in financial management and in the Office of the Secretary of the Army as comptroller. A 1991 graduate of the Defense Comptrollership Program herself, Finocchiaro joined the Whitman School as director of the DCP exactly one day after she retired from her position with the U.S. Army. She considers her position at the Whitman School as “a continuation of the work I did and sharing that work with others.”

Since taking over as director, Finocchario has made it part of her mission to bring more diverse groups to the program. In July, 24 students graduated from the program — 16 military and eight civilians. The incoming class, which began this summer, includes 16 military and 11 civilians.

“Classes were generally small, which made learning more comfortable. The Defense Comptrollership Program is a hidden gem of Army advanced civil schooling and afforded me the opportunity to earn two critical master’s degrees relevant to my career. I am on a two-year utilization assignment to the Pentagon and will work in the Office of the Assistant Secretary of the Army for Financial Management and Comptroller.” 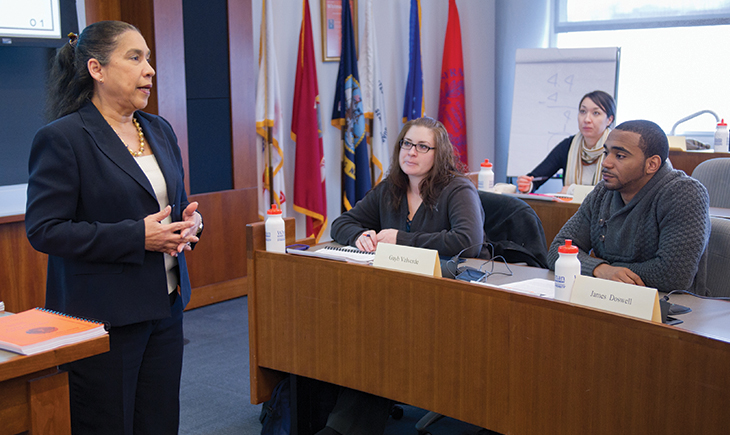 Admission to the program is competitive. Each year, there are approximately 25 to 30 in a class made up of approximately half to two-thirds active and reserve military officers, and the remainder civilian members of the comptroller profession from the military, various defense agencies and other services. Officers are selected under procedures specifically established to meet graduate school education requirements, and the number sent for each class is determined by the validated requirements for comptroller-related MBAs, officer availability and individual qualifications.

Since the program began, approximately 2,000 have graduated. DCP graduates go on to serve in the senior executive service and as general officers in all four branches of the military, various defense agencies and a few private corporations related to government work. Many graduates of the program often reach the pinnacle of their professions, having served in the most senior comptroller positions in the Army, defense finance, accounting, and the Office of the Secretary of Defense. In addition, graduates have made a wide range of successful contributions in other fields, including federal, state and local governments; academic institutions; and the business sector.

“We are seeking the best of the best for this program,” said Finocchiaro. “Students receive their full salary, and their tuition is paid for, so it’s an in- credible investment from the DoD to ensure the excellence of the people who serve and become our leaders in fiscal management.” 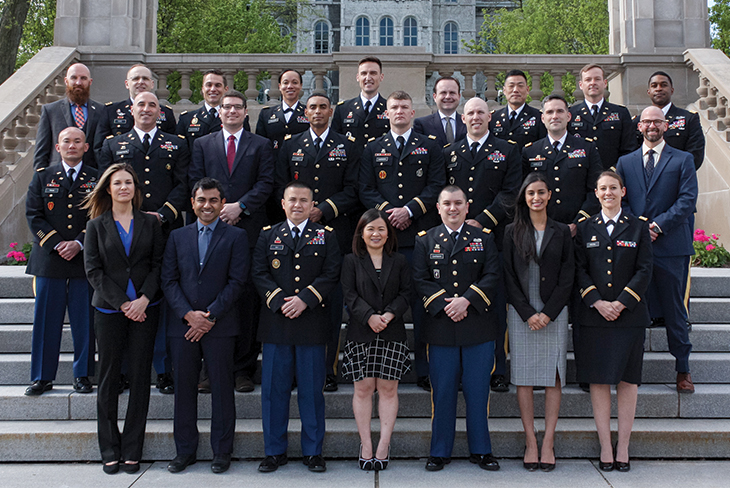