Three management faculty are examining everything from creativity and leader/employee relationships to strategies associated with emerging technologies and how companies can remain competitive. 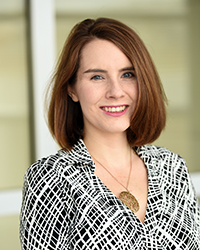 Teamwork is a frequent topic for management researchers however Assistant Professor of Management Lynne Vincent is exploring a new angle – how do team members’ emotions affect their movement through the creative process? Previous research has shown that emotions and ideas can be contagious. But Vincent and her co-researcher, Kyle Emich (University of Delaware) find that it’s not always the case. After observing 1,635 people across 429 teams of three to five, they learned that in the three-person groups, the people who were experiencing an activated positive emotion (like excitement) wanted to spend more time generating ideas, while the people experiencing negative emotions such as anger and fear wanted to move the group away from idea generation. However, the individuals experiencing the two negative emotions varied on when they pushed the group to move on. Angry individuals helped transition the group to select from among ideas but didn’t necessarily stop the generation process. Conversely, fearful individuals caused idea generation to cease. Shifting the team away from idea generation too early harmed the creativity of the team’s ideas and solutions.

Vincent is also trying to discover how people manage their reputation of being creative. She and co-researcher, Joel Carnevale, assistant professor of management, have found that there are consequences of being a creative person. For example, supervisors of creatives often feel threatened by their employee’s creativity and may even do small things to sabotage the employee, such as withhold information. It’s not all doom and gloom for the creative employee, though, because their research shows that if they ask their boss for help, those negative effects can be mitigated.

Another paper is building on Vincent’s previous research that examined the consequences of being creative. This paper, tentatively slated to be titled “Fat, drunk and lazy,” shows that people who see themselves as creative might be more dishonest. In fact, an experiment designed to illustrate how creativity affects behavior, supports the fact that creatives often experience a sense of disinhibition after completing a creative task, which can even affect their health! The experiment called for people to complete a creative task or a practical task. They then were asked to design their ideal burger. The people who did the creative task were more likely to create a burger with higher calorie content. Interestingly enough, when they were asked to design a burger for someone else, they didn’t choose the unhealthy ingredients as much, signaling that these creatives want to keep the indulgence to themselves! This paper was presented at the Academy of Management Annual Meeting in August.

Workplace Relationships and Challenges the Focal Point of Carnevale’s Research 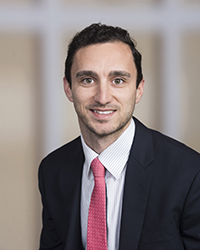 It’s long been documented that employees’ quality of life at work is strongly related to the relationship they have with their supervisor. Known as leader member exchange, this relationship is key to ensuring highly productive, happy employees. Joel Carnevale, assistant professor of management, takes this concept one step further, examining how positive supervisor-employee relationships may actually dissuade employees from speaking up their good ideas to the benefit of the organization.

One of the negative factors that prevents employees who have a very close relationship with their leader from speaking up is when coworkers are perceived as being vocal. Interestingly, Carnevale found that when others are speaking up, it creates sort of a bystander effect such that employees feel less of a need to contribute ideas because someone else is already doing it. But, according to Carnevale’s research, leaders can counteract this problem by encouraging the employee to speak up, regardless of whether others are already doing so.

Another research topic Carnevale is focused on is the potential harmful interpersonal consequences of employee creativity. Leaders typically want their employees to come up with novel ideas that can help the company succeed. But Carnevale found that some supervisors, particularly those that are highly narcissistic, may feel threatened by those employees who are known for their creative contributions. Narcissists believe they are “special” and “unique” and, according to Carnevale, can feel “outshined” and envious when one of their employees occupies the spotlight with their own good ideas.

As a result, Carnevale found that envious narcissistic supervisors may begin to undermine their creative employees by belittling their ideas, spreading rumors and more. One thing that can mitigate this negative reaction is for a creative employee to ask the leader for advice or assistance, which makes the leader feel special, thereby neutralizing the negative reaction.

How Kindle is Impacting the Publishing Industry 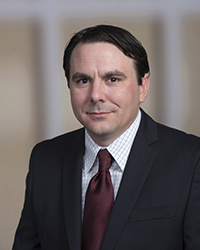 Amazon continues to dominate the book publishing market with its Kindle platform. New research by Cameron Miller, assistant professor of management, accepted at the Strategic Management Journal, examines how publishers are dealing with Amazon’s might by strategically managing what they publish as e-books versus in print.

Miller’s research, which reviewed publishers associated with the travel industry, finds that publishers tend to withhold some of their most important and valuable content from Kindle, preserving the viability of their physical book channels. This, in turn, enhances their bargaining position with Amazon. Larger publishers, who are better positioned in the physical channel and that have higher quality content, are more likely to use this strategy effectively.

This study aligns with Miller’s overall research interests, which with his background in finance, are focused on technology and competitive strategy to maximize profits. For example, in another study, he investigates how companies capture value from participation in setting technology standards, like those that underpin mobile communications networks. He finds that companies generate greater stock returns from providing intellectual property (IP) to the standard when they own other technologies that complement this IP. In fact, Miller has interviewed top stock analysts who believe traders may actually make decisions based on whether a company has complements.

In managing relationships with a platform, it’s about leverage and bargaining power. A company with quality content can bargain more effectively vis-à-vis a platform, but only if there are viable alternative sales channels. For example, Miller points out Taylor Swift’s prior feud with Spotify in 2014, which she believes dilutes sales of full music albums. As a result, she withheld her music from the streaming platform until they came to terms in 2017.