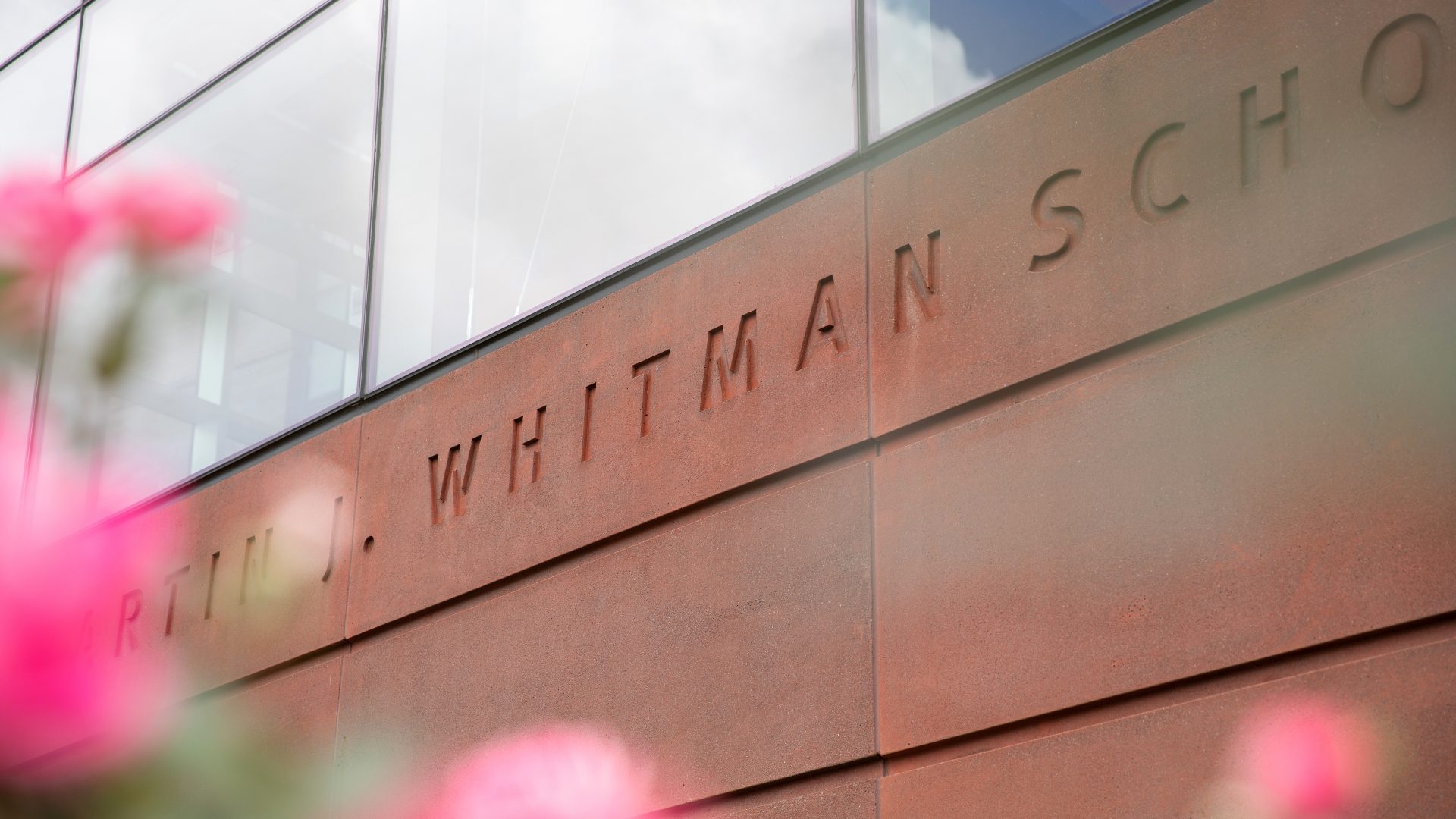 The Whitman School is pleased to announce the appointment of 11 new members to the Young Whitman Advisory Council (YWAC). As Whitman welcomes these new members, we also extend our sincere appreciation to nine members who have recently concluded their terms on the Council and who will continue their engagement with the Whitman School through participation in other programs and initiatives.

Among the 11 alumni who recently joined the YWAC are two junior members. All are engaged and accomplished professionals, who represent leading companies in various cities across the country and offer a range of industry experiences and perspectives.

Boulos earned a dual degree in finance and economics at Syracuse University. She is now works as an equity research analyst at Goldman Sachs in New York City. During her time at the University, Boulos was active in the campus community as a Frankel Scholar and a member of Enactus, Orange Value Fund (OVF) and Delta Sigma Pi (DSP). In the Spring of 2020, she participated in Whitman’s inaugural “study away” semester in New York City. She recently hosted the Whitman Women in Finance student group to Goldman Sachs during a career exploration trip.

Caminero earned a dual degree in finance and public relations from Syracuse University. Today, she serves as vice president of Middle Market Banking and Specialized Industries at JPMorgan Chase & Co. At Syracuse, she was the inaugural vice president of finance for the Whitman Student Government (WSG), a member of the Finance Management Association (FMA) and Public Relations Student Society of America (PRSSA) and a student ambassador for Rent the Runway. A native New Yorker, she now resides in Santa Monica and is highly engaged with Whitman through Women in Finance programming. Additionally, she provides placement support and helps plan Whitman School events in LA.

While at Syracuse University, Cummings triple majored in retail management, advertising and economics. She is currently pursuing an MBA from New York University while working at Jimmy Choo as a planning manager for North America. She was highly engaged at Syracuse serving as a member of DSP, Whitman Ambassadors, the Class Act Committee, BGS and a Whitman Class Marshal. She has remained highly engaged with Whitman as an alumna participating in numerous in-person and virtual panels, networking events and mentorship programs.

Gladstone double majored in real estate and finance at Whitman. Today he serves as vice president at Meridian Capital Group in the firm’s New York City office, specializing in the sale and acquisition of industrial, multi-family and retail assets in major U.S. metropolitan cities. While at Syracuse, he was a member of the Real Estate Club and studied abroad in Prague. He is actively engaged as a mentor and participant in Whitman programming to help students explore careers in real estate.

After earning a dual degree in supply chain management and information management & technology at Syracuse, Johnson joined the Operations Leadership Development Program at BAE Systems, Inc. A Queens, NY, resident, he participates in Whitman programming both in NYC and virtually. As a student, he served as a peer mentor, student representative on the undergraduate advisory board, a Whitman Ambassador and member of DSP and the Franklin Supply Chain Club.

After double majoring in marketing management and supply chain management at Whitman, Khanduja joined PwC’s human capital team. She went on to earn a master’s from New York University and would later join Deloitte Consulting. Today, she works in New York City at LinkedIn as a senior associate on the business productivity team. Her engagement as a Syracuse student included leading the South Asian Students Associate and Syracuse Bhangra Team. As an alumnus, she regularly participates on panels and in career programming.

Marino puts his marketing management and management degree to work at Bloomberg Media in New York City as the global head of performance marketing and media. Prior to joining Bloomberg, he held positions at Facebook and American Express. Since graduating from Syracuse University, he has remained actively engaged with Whitman and the Newhouse School. He earned an MBA from Cornell University in 2020 and has been recognized for his professional accomplishments by Business Insider and Ad Week.

Steven lives in his native Los Angeles, where he serves as a sales executive for Solver business analytics intelligence software. At Whitman, he triple majored in entrepreneurship & emerging enterprises, management and marketing management. As a student, he was a board member for the Entrepreneurship Club and Otto’s Army and worked on a student consulting team for the New York State Science & Technology Law Center at Syracuse University’s College of Law. Today, he is highly engaged in student career programming and helps plan Whitman School events in LA.

Pingatore graduated with a double major in finance and accounting from Whitman, where he was a member of OVF. Before assuming his current role as an associate at The Carlyle Group in Washington, D.C., he held positions at JB SMITH and M&T Bank’s Corporate Finance Group. At Carlyle, Pingatore works on multi-family, active adult and single-family rental developments across the country. He is engaged with the OVF as an alumnus and helps plans Whitman School events in D.C.

At Syracuse University, Urban majored in finance. He currently works as a trader for Sunoco in Philadelphia after recently moving from Chicago where he was as a trader for BP. At Syracuse, he was a Remembrance Scholar, OVF analyst, Class Act Committee member, Whitman Community Council president, member of the Young Research Fellows Program, Whitman Scholar and portfolio manager in the Investment Club. He also volunteered as a data analytics intern at the Institute for Veterans and Military Families. Today, he is engaged with Whitman through mentorship and prospective student programming.

The Whitman community extends our thanks to the new YWAC members for their willingness to give back as part of this important group of volunteer leaders. We also extend our appreciation to the outgoing members, five of whom are founding members of the Council.*

Each of these alumni embraced the mission of the YWAC and positively impacted students and the School during their time as Council members. We are grateful for their service and look forward to their continued engagement with Whitman.