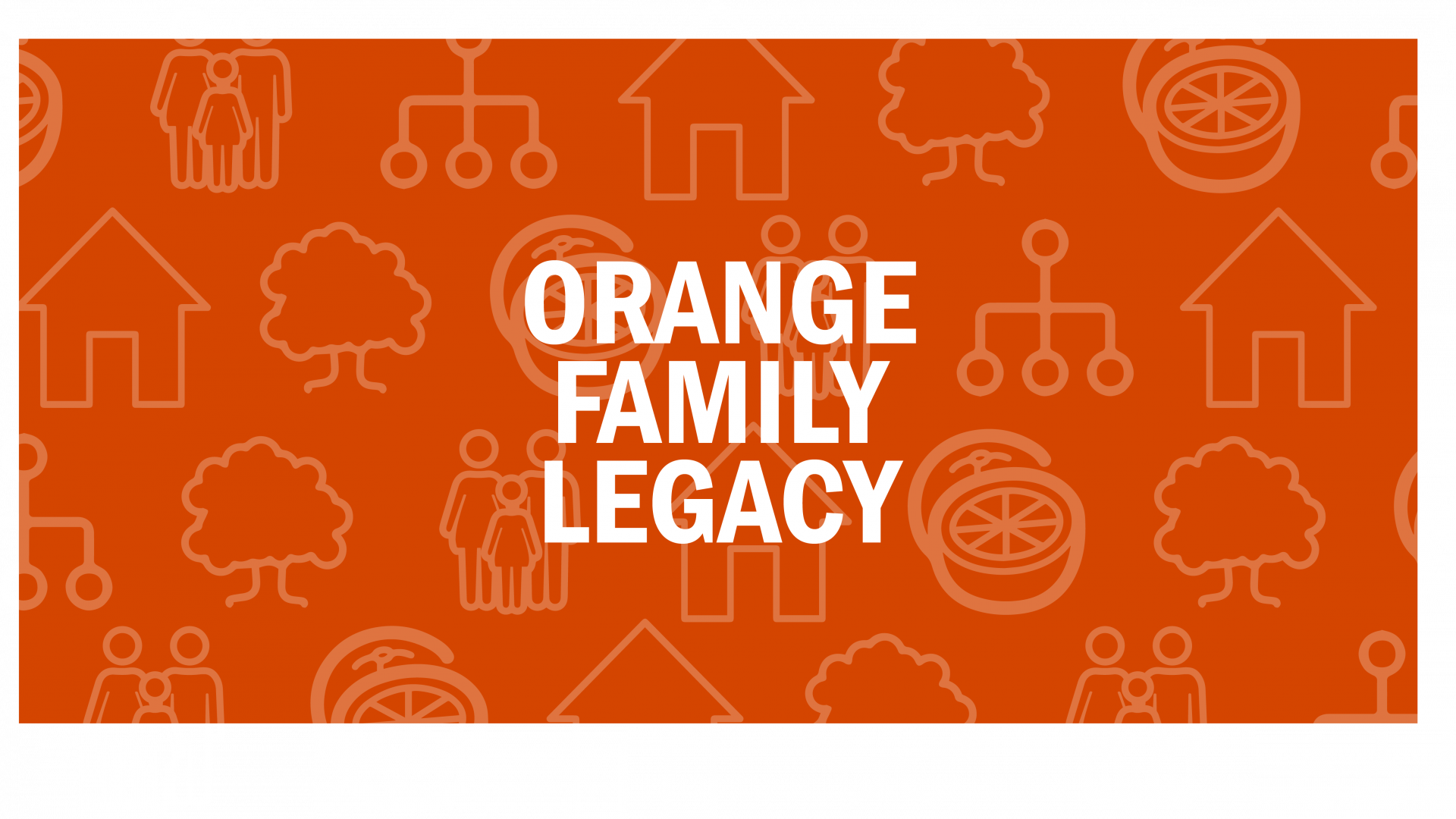 As long as I can remember, the Ryans have truly BLED ORANGE. It’s impossible to make it through one page of a Ryan family photo album without seeing Syracuse paraphernalia. With countless memories on campus, from my brother Colin ’07 being babysat at a sorority house when he was an infant, to picking out my favorite t-shirt at Manny’s, and so many games in the Dome, it was only natural that I chose to attend SU in the fall of 2007.

As the youngest of three with two older brothers, I was constantly trying to assimilate to the older kids. This began at an early age, learning how to ride a two-wheeled bike and play baseball with the guys. As I got older, I continued to look up to my brothers, especially when it came to college decisions.

With a shared interest in sports, the Ryans followed the Orange intensely. While on an overnight camping trip in 2003 with my brother, Kyle, my dad (Mark ’75, 77 MBA) obtained continuous updates from my brother Colin ’07 of the Final Four game versus Texas (We all know the outcome of that!). Later, on March 12, 2009, while home for spring break, I stayed up with my dad to watch the epic six-overtime victory over UConn. Our excitement and cheering rivaled that of the student section at the Dome.

My parents have stayed active with the University, and I have seen the wonderful benefits, which include friendships and networking opportunities. I have always looked up to my dad for the commitment he has to the University and its continued growth. I was able to meet many successful SU alumni, which was a huge factor when I made my college decision.

When I finally arrived on campus in August 2007, I instantly felt comfortable. I knew my way around campus, and I was excited to get involved. After joining the club gymnastics team and SIFE (now Enactus) in the fall, I decided to pursue greek life in the spring. As I toured Delta Gamma during the rush process, I came across a familiar face on a composite outside a bedroom on the second floor. There was my mother, Laurie Cancilla Ryan ’76, looking back at me. That moment helped solidify Syracuse as my home away from home.

Upon graduation, I moved my tassel and rejoined the rest of my family in a new status: “alumnus.” We continue to bleed orange and get back to campus as often as we can. We make sure to take a trip down Marshall Street, stopping at Varsity for a slice, Manny’s for new gear, and ending at Whitman to say hello to some wonderful mentors.

Kelly Ryan
Kelly Ryan graduated from the Whitman School in 2011 with a B.S. degree in accounting and went on to earn an MS in accounting in 2012. Upon graduation, Ryan began her career at PricewaterhouseCoopers (PwC) in the Entertainment, Media, and Communications Assurance group as an auditor.She completed a rotation within the firm’s Corporate Responsibility group, aiding in the creation of a financial literacy magazine for students. Currently, she is a senior associate within the Geography Marketing group at PwC, where she is dedicated to delivering a high quality, relevant marketing mix to effectively drive revenue, strengthen business relationships and increase PwC brand recognition in the NY Metro market. Ryan, who resides in Long Island City, New York, enjoys traveling with friends and family and volunteering with Make-A-Wish.