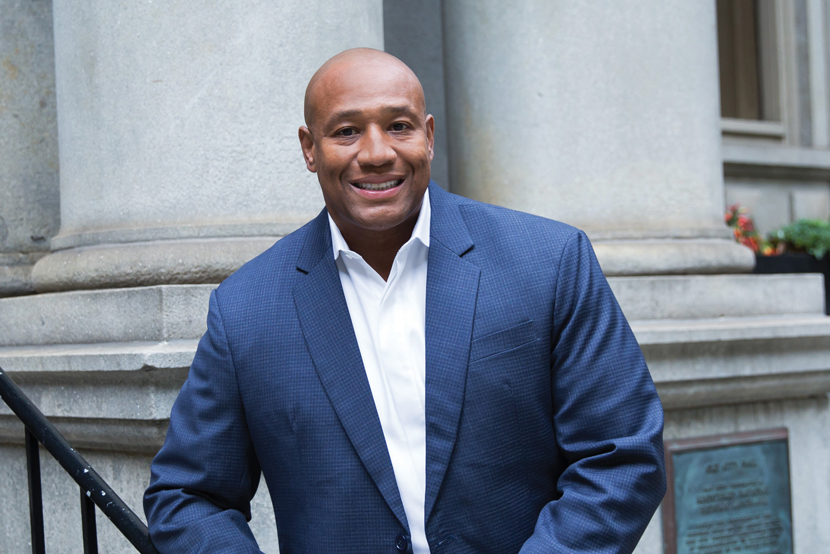 Alumnus Knows Paying It Forward Is the Real Meaning of Success

Alumnus Knows Paying It Forward Is the Real Meaning of Success

It was a family tragedy and some of the darkest days of his life that led Marcel Vernon Sr. ’94 MBA to attend Syracuse University’s School of Management, but it was the opportunities he found there that helped him get to where he is today. For that, he is not only grateful but eager to pay it forward.

“I went to Syracuse at a time when I was at a low point in my life ... I had little or no money, goods or other means of support ... The opportunity changed my life forever,” he said. “I’ll always be indebted to Syracuse University.”

A Rochester, New York, native, Vernon spent his undergraduate years at Colgate University, where he was a student-athlete who competed in basketball. Following the death of his sister during his junior year, he admits, he lost his way.

“It was an intense period of trying to grow and heal,” he said. Basketball didn’t mean as much to him anymore, and he was struggling to find a new path. An advisor at Colgate suggested he finish his undergraduate work abroad. He was presented with the options of studying in China or the United Kingdom. He chose to study at the London School of Economics.

In London, he passed the Syracuse University London facility every day on his way to classes. Vernon decided to stop in and inquire about the graduate business school, and he became interested in the chance to focus on innovation, entrepreneurship and international business. After completing his senior year in London, he returned to Central New York with his sights set on earning an MBA with a focus on global studies and finance.

Despite the choice, his struggles were far from over. Vernon’s finances were tight, so he took a work study job delivering mail. Looking back, this job was a pivotal moment in his future, although he didn’t know it at the time.

One of his regular mail drops was at the office of former associate dean of the graduate school, Leo Lambert, with whom he eventually formed a friendship. Vernon did not, however, make a great impression on the dean’s administrative assistant, who one day told her boss that Vernon never had the courtesy to speak to her. Vernon was shocked by this, as he considered himself polite and pleasant to those around him. Luckily, a member of the janitorial staff had witnessed this conversation and told the dean that what the administrative assistant said was simply not true. Instead, he praised Vernon as “polite and kind, as well as a very hard worker.”

Vernon continued to work hard. However, after the fall semester of his first year, he headed home for the holidays not knowing if he’d have the funds to return to school. His mother told him, “God will make a way.” That “way” arrived on Christmas Eve, in a letter from Lambert, offering Vernon a full fellowship, including a living stipend and money for books.

“The University’s generosity and Dr. Lambert’s kindness changed my life,” said Vernon. “I’m forever grateful to Syracuse University. It was the best Christmas present I ever received.” 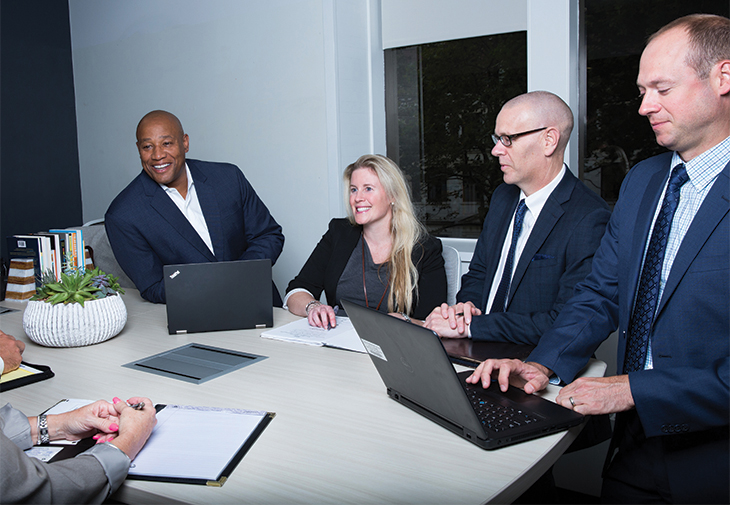 Vernon was able to return to school and began a fellowship with the Eastman Kodak Company, where he was guaranteed a job upon graduation. He went on to a prestigious career, which included work in the casino and entertainment industry and the hedge fund space in New York City. Every step he has made has been with the idea of becoming a Fortune 100 CFO. A few twists and turns eventually led him to Boston, where he took a job in state government. Vernon already had a reputation for being a “turnaround specialist” in the casino world. That, plus the strong reputation he had built in other areas of business, led him to be chosen as the chief financial officer and deputy commissioner of financial services for the Commonwealth of Massachusetts Department of Revenue, where he stewarded $27 billion in tax collections, giving him “big money exposure.” In 2018, due to his successes at the Department of Revenue, he was tapped for another turnaround assignment that included complex budget development and the implementation of artificial intelligence and machine learning in an antiquated environment that hadn’t been revamped in two decades

For most people, that would be enough — but not Vernon. He couldn’t help but remember those people who made a real difference in his life when he was struggling to find his way, and Vernon knew he’d pay it forward by doing the same for others. At first, he sat on the boards of several local colleges, but “the energy was not the same because I did not attend those schools,” he said. So, he made the decision to reach out to Dean Gene Anderson at the Whitman School to see how he could become more engaged with his alma mater.

“We sat down and talked about the future state of Syracuse University graduates, where the gaps are and how the MBA program could be better positioned in the future,” Vernon said.

He joined the Hill Society, an elite membership of donors supporting Syracuse University’s highest priorities, but he also wanted to interact directly with students. Vernon enjoyed engaging with them and started attending career fairs in order to recruit Whitman graduates. However, he was surprised that he was the one pursuing the students at the career fairs, not the other way around. Vernon couldn’t understand why many of them weren’t aggressively taking advantage of the opportunities right in front of them.

“The students were able to exhibit that they were technically sound, given the curriculum at Whitman, but it seemed to me that many of the students needed more leadership acumen and guidance,” he explained. This became a calling of sorts for Vernon. “I didn’t have a mentor who could explain the importance of those important qualities when I was in school,” he said. “So, I decided to proactively give students insight into the kind of skills that make them better business professionals.”

Since then, he has been active in networking with current students, participating in career fairs and speaking at school events. He is also happy to meet with prospective students in the Boston area who are considering the Whitman School or chat with those who are at a professional cross- roads and seeking guidance.

Through his struggles and successes, Vernon has learned what a small piece of advice or a helping hand can do to change someone’s future. He often thinks back to the janitor who stuck up for him and the dean who gave him an amazing opportunity to stay in school, as well as others who mentored him along the way. To Vernon, the ability to give back to the Whitman School and its students is the true measure of success.