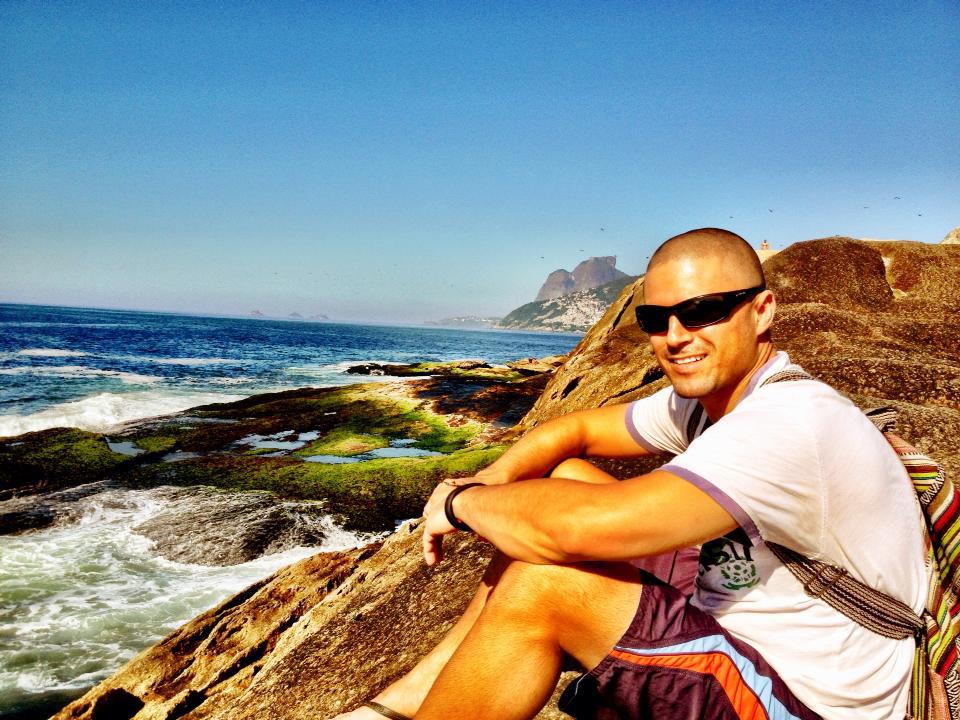 Kevin Varadian ‘97: The Freedom to Sink or Succeed Kevin Varadian ’97 was raised in Rhode Island in a household of academics; however, the apple fell fairly far from the tree. His scholastic performance left him with few options after high school graduation. His guidance counselor even encouraged him to consider the military rather than attempt to go to college.

“I came to realize with just a high school diploma, I was relegated to minimal career choices,” said Varadian. “Franklin Pierce was the only university to take a chance on me right out of high school. I knew I had to get serious and get on track for my future.”

He worked diligently the first year, and his transcript garnered the interest of other institutions when he decided to transfer. A number of his high school classmates were attending SU, which was also his father’s alma mater, so he walked (actually skateboarded) into an instant network.

He had developed an interest in business while helping at his father’s accounting firm, so Whitman seemed a logical place to spend a few years. He chose marketing and supply chain management as his majors.

Varadian credits his time at Whitman not only for the preparation and connections that led to his current post as senior manager, mid-market and enterprise at LinkedIn but also for the type of leader he has become.

“The independence I had during my time at SU and Whitman was something I had never had before,” he shared. “No one was telling me where I had to be and what book to bring. If I didn’t show up for class, I only hurt myself. I had the freedom to sink or succeed. It was real autonomy to be an adult, and that was a gift Syracuse gave me.”

Varadian tries to create the same type of atmosphere for the team of 50 sales professionals he manages at LinkedIn. “This is a thriving $2 billion company and we are treated like adults here. My team members know there is no one looking over their shoulder and it’s their business to run. I learned the value of that at SU and I credit the faculty and staff for truly empowering me.”

In addition to independence, Varadian says SU gave him a wide range of experiences, many of which were hands on. “Professor Zinzer was one of those teachers who brought the subject matter to life. He took us to FedEx to see freight being unloaded and to a logistics conference to meet people who actually did the work we were learning in class. He wanted us to get our feet wet.”

Those real life experiences also included a job at a pizza shop and the Carrier Dome as well as a semester abroad in London.

Soon after commencement, Varadian took a position at Expeditors International working on-site for one of the company’s largest clients in Boston. After two years, he made the move to Haemonetics, a medical equipment manufacturer in Boston.

The path Varadian took (with skateboard unfailingly underfoot), from Haemonetics to LinkedIn illustrates the power of the SU alumni connection.

A number of friends from his high school played club hockey at SU, and he had gotten to know and had kept in touch with most of the team. One of them lured him to work for Cognos, a subsidiary of IBM. It was an inside sales position that proved a great introduction to technology and business intelligence. When an outside sales opportunity came open at the company’s southern California office, he reached out to another friend and fellow SU alum who worked there and was convinced the west coast should be his next home. Six years later, a position with ADP brought him back east.

The move to LinkedIn came in March of 2011 when Varadian became a member of the original New York City team. Though he had left ADP as a VP, his initial title at LinkedIn wasn’t as lofty. “I had to fully learn the business to work my way up and be successful,” added Varadian.

In January, Varadian assumed a position managing 50 sales representatives across the central and eastern United States. He is responsible for 2,000 of the company’s mature client businesses within its largest segment, Talent Solutions.

“It is exciting and challenging work,” said Varadian. “Recruiting and branding has vastly changed. Our clients have to think like marketers now. Our goal is to ensure that, when a coveted recruit logs into LinkedIn, our client’s brand is so compelling there is no way the prospect can decline a recruiter’s call.”

Varadian is happy to impart the insights he has gained in successfully navigating social media with recent Whitman alumni and current students. In fact, he will be a speaker for the Whitman IMPRESS program’s “Current Challenges Speaker Series” during the 2015-16 academic year.

One of the things he stresses is the importance of individual brands on social media. “Make sure your professional identity is candid and reflects your personality. Connect with professors, peers, internship supervisors, past employers. Your network should be representative of all the people you’ve known both in school and professionally. Those connections reflect your life experiences and will lead to career opportunities.”

And when it comes to gaining the kind of life experiences that set prospects apart, Varadian has another piece of advice. “Take intelligent risks. I believe that is one of the only true ways to grow—be it as a student or professional. The risks and their outcomes make up your personal tapestry…and that tapestry may tip the scale in your favor.”