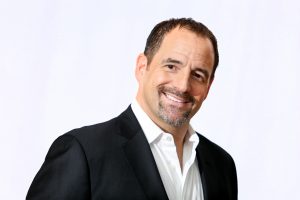 I’ve been involved in finance for almost 30 years; but I was first drawn to the cannabis space in 2012, when I called it my single best investment theme for the next decade. I was early, and I was also wrong. I pointed to the pragmatic foundation behind the eventual legalization—job growth, tax revenue, crime rates and prison population—but it wasn’t until a few years later when I realized those weren’t the catalysts…they were the residuals.

I became fascinated by a company called GW Pharmaceuticals (GWPH) given its backstory. The United States and United Kingdom both ran tests on cannabis in the nineties and both determined there to be potential efficacy in the plant—a plant, I might add, that’s been used by virtually every civilization in various capacities for thousands of years.

The U.S. continued its “War on Drugs,” while the U.K. underwrote GWPH. And, in the 20-odd years since, they’ve done amazing research and uncovered an emerging truth: there are wellness properties in the cannabis plant (called cannabinoids and 90 percent of which are non-euphoric) that interact with the most ubiquitous receptor cells in the human body, called the endocannabinoid system (ECS), as a homeostatic regulator.

While its remained illegal to test cannabis in the United States, the rest of the world thankfully continued to explore—and they’ve discovered a world of possibilities: a retrograde pathway that could help address a host of currently unmet medical conditions and diseases. I don’t mean just pain management or emotional relaxation, mind you. We’re talking about efficacious agility.

I had searched for advantageous risk-reward in the cannabis space for many years, but like so many others, I decided to avoid the potential pitfalls. What if I succeeded beyond my wildest dreams? How would I declare my income at the Federal level? It never felt right.

But a wellness lens? Now, that made sense. That’s impact investing, I thought, and it will disrupt healthcare, improve lives. Recent estimates suggest there is approximately $300 billion of annual global demand, and we believe that’s in the process of moving into a taxable realm.

And it fit squarely in my wheelhouse. I’ve managed millions—at time billions—through bubbles and busts and crises and more.

If only more companies came online; if only other countries adopted this undeniable reality.

If only liquidity increased, and the science continued to confirm the thesis.

Several years ago, while researching endocannabinoids, I noticed a Twitter handle, The King of Cannabinoids. We started comparing notes and sharing information. When we learned that we live a half-hour from each other, we arranged to meet. I almost got out of my house without having to tell my wife I was going to meet a man I met on the internet.

Loren, my eventual partner, told me his story: He was traveling for business 10 years ago, collapsed at an airport and was subsequently diagnosed with epileptic seizure disorder. He was immediately prescribed medications, and more medications, to offset the side effects of the prior medication—a process called “stacking.”

Frustrated by his constant cognitive impairment—an inability to function, really—he tried something drastic. He began a strict regimen of cannabinoids, diet and exercise. Miraculously, his seizure activity disappeared. Vanished. “No longer detected.”

He was hooked, and he’s studied this emerging science ever since—and keep in mind the ECS wasn’t taught in U.S. schools until a handful of universities adopted a curriculum in the second half of 2017. In our ensuing meetings, which began to increase in frequency, he found someone who shared his passion and desire to learn and explore.

We’ve spent an inordinate amount of time studying the science, speaking with pioneers and shaping the strategy. We knew the public market was littered with false hope and empty promises, but we also knew the eventual winners would reshape the global economy for generations to come. In February of 2017, we decided to build CB1 Capital Management.

Since that time, we’ve seen a lot more interest in the space; but, mostly, it’s people focused on the wrong end of the pipe, so to speak. We believe this isn’t about getting high; it’s about getting well, and the world seems to be waking up to that realization. In the last few months alone, we’ve seen Israel, Canada, Australia and others commit to building out this industry.

And it’s not just growers. It’s laboratories, extraction, industrial hemp and farming, cosmetics and vanity. In fact, we believe there aren’t many industries that cannabis won’t touch in the years ahead.

In November of 2017, we launched the CB1 Wellness Fund, with a focus on cannabinoid-based solutions/medical cannabis/nutraceutical therapies that address a wide range of unmet medical conditions or have industrial use cases. It is, to our knowledge, the first cannabinoid-wellness fund in existence and, while we know we’re early, we’re content to wait for global investors to reach the same conclusions. (At the time of publication, CB1 Capital had a position in $GWPH.)