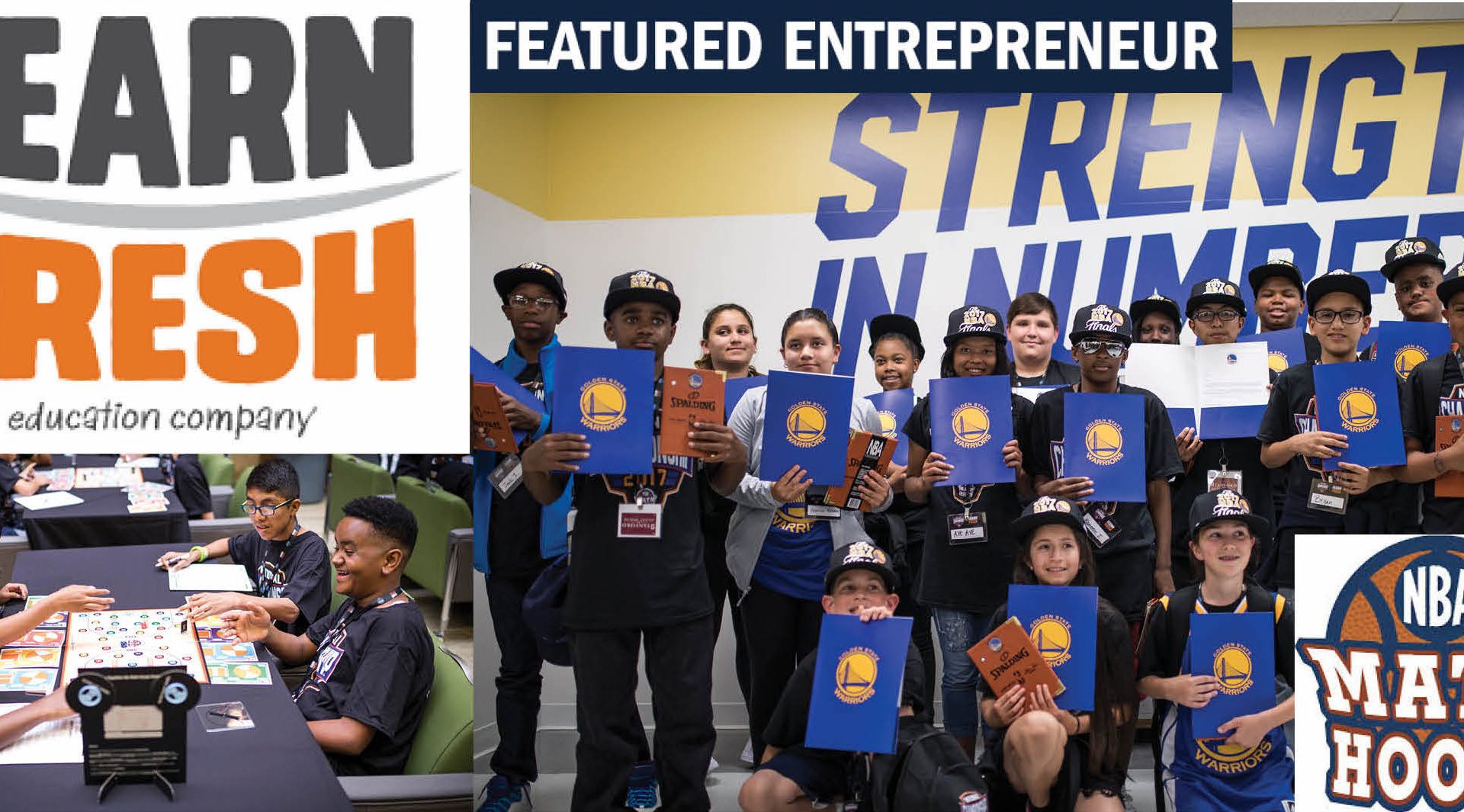 According to the 2015 National Assessment for Educational Progress (NAEP), 67 percent of eighth graders nationwide scored below proficient in mathematics. Among students from low-income families, that number rises to 82 percent.

At Learn Fresh, we have sought to combat that statistic through the creation and distribution of experiences that make learning fun for all students. NBA Math Hoops, our first community program, features a Hasbro-produced board game and curriculum that constructs an NBA season experience for classrooms and after-school programs. During the 2015-16 school year, participating students’ scores improved by 36.7 percent in a study conducted by the American Institutes for Research, continuing a trend of success with evaluations that date back to our first national pilot study in 2012-13.

Opting for targeted distribution instead of a broad national launch, we have set up community programs with 15 NBA teams and school districts across 21 states, starting with our initial launch with the Cleveland Cavaliers in 2013. These unique experiences allow our 25,000 student participants to earn prizes, tickets to games, experiences with players and access to special events at NBA arenas.

The best of the best can also qualify for the NBA Math Hoops National Championship tournament, which was held for the first time in 2017 at Stanford University. At that experience, students were able to sign “day contracts” with the Warriors, visit Bleacher Report and learn from professors at Stanford’s design school!

As we look to the future of Learn Fresh programming, we are strongly focused on expanding both the breadth and depth of the work. In 2017, we’ve launched two new products: an NBA Math Hoops mobile app to begin reaching students outside of the classroom and Broncos First and 10, a football + math board game and curriculum that will be piloted in the city of Denver, also home to Learn Fresh’s headquarters. While our recent products focus on math literacy, the long-term vision is to expand to other subjects, sports and student passion points.

If you’re interested in supporting the Learn Fresh mission, please reach out directly to Nick at nick@learnfresh.org or 845.240.0885. Contributions are also welcome via the NBA Math Hoops Donate page. We continue to pursue relationships with corporate partners, potential volunteers, schools and after-school programs in Central New York and across the world. If you have a way to support the work, please let us know!

Nick Monzi
Nick Monzi is a co-founder and COO of Learn Fresh, an education sector non-profit dedicated to making learning fun for all students. He has worked with NBA teams, large urban school districts and national and regional after-school program providers to develop the NBA Math Hoops community program model. Since its launch in Cleveland during the fall of 2013, the program has expanded to include partnerships with 15 NBA teams and 25,000 student participants each school year. Monzi received a bachelor's degree in entrepreneurship and marketing management from Syracuse University and completed his master's degree at the Harvard Graduate School of Education, where he took an active role in growing the presence of education innovation on Harvard's campus.