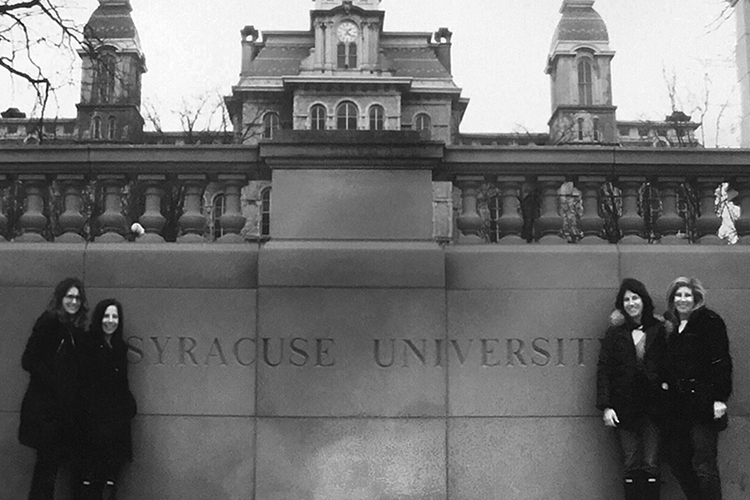 BLEEDING ORANGE SINCE 1997. That is my mantra. Syracuse lives within me and forever will. Those who know me are well aware that spirit and pride for ’Cuse is one of the most important things to me. Arriving close to two hours before football and basketball games all decked out in Syracuse gear — including the famous orange hard hat — with multiple hand-made signs was my routine. I proudly associate myself as one who embodies the spirit of the University, appearing multiple times on ESPN and ABC and in Sports Illustrated. I call myself the double digit of my family, as I was the 10th member to attend Syracuse University. You may wonder where it all began. Well, it started with the four Ryzoff sisters.

Phyllis Ryzoff ’80, my aunt and the oldest of the four sisters, made the decision to attend Syracuse. Then, the second oldest of the four, Bonnie ’82, did the same. My mom, Randi ’85, was the third sister to continue the trend. Lastly, after attending a year at the University of Hartford, the youngest, Stacey ’92, transferred and became a Syracuse Orange.

Over the course of the many years the four sisters spent at Syracuse, two men entered the picture. Jeffrey Cole ’80 was studying in the School of Management and was a member of Zeta Beta Tau when he met Phyllis Ryzoff. Mitchell Edenbaum ’91 was a student in the College of Arts and Sciences and a member of Alpha Epsilon Phi when he met Stacey Ryzoff. Both couples would go on to get married. Just as Phyllis and Stacey had met and married a fellow Syracuse University grad, so did their stepsister, Jennifer Marcus ’99. Her husband, Anthony Aquaviva ’98, extended the family’s Orange alumni count to eight.

Eight would turn to nine by the time the 21st century hit, when my oldest cousin, Jason Cole ’09, son of Jeffrey and Phyllis, chose Syracuse University and the accounting program at the Whitman School of Management. He graduated while I was finishing sixth grade.

One of the most stressful periods of my life began when it came time to decide on a college. While I had grown up a big Syracuse fan, I also was an avid Michigan fan. I really had my eyes set on these two schools with marginal interest in a handful of others. I visited Syracuse twice to tour the campus, sit down for some interviews and see some friends who were studying there at the time.

After much thought, I made the decision to apply early decision to the Whitman School, and, in mid-December 2014, I got an email from Syracuse. I had been admitted as a member of Whitman’s Class of 2019.

It was an adrenaline rush. I was ecstatic to find out that I would also be a Syracuse Orange, and, clearly, my family was, too. My mom sat next to me in tears of joy making phone call after phone call to share the good news. While I was so excited, I truly had no clue what was ahead.

Looking back now that I have graduated, I can truly say those were the greatest four years of my life. I experienced so many priceless memories from going to the 2016 Final Four to studying abroad in London. I met so many incredible people, especially the group that I can today call my best friends. I was the 10th to graduate in my family. I am our double-digit alumnus.

But let’s not forget what was happening as I was starting my senior year at Syracuse. My younger brother, Jared, was a senior in high school going through the college decision process, touring a bunch of schools and applying left and right. I like to believe that my love of Syracuse and pure enthusiasm pushed him to accept his offer to follow in my footsteps, but I should share a little of the credit with the nine others before me — and ultimately the University. There are countless reasons why we all chose and love Syracuse University. Jared is experiencing it for himself right now as a first-year student in the Whitman School’s Class of 2023.

My family now has an 11th member who bleeds Orange and will become an alumnus in a few short years (they go quickly). I have no doubt that our family’s Syracuse University legacy will continue to grow. But for now, I’ll close with a message for my brother: Jared, this will be a roller-coaster of a ride and the best four years of your life. Go Orange! 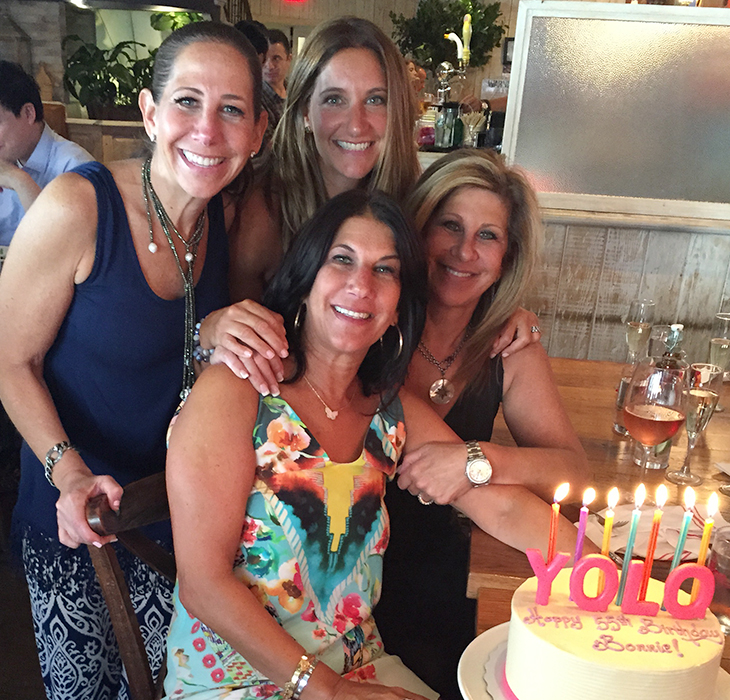 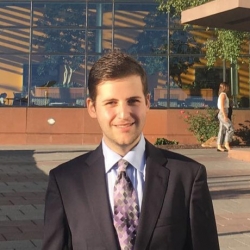