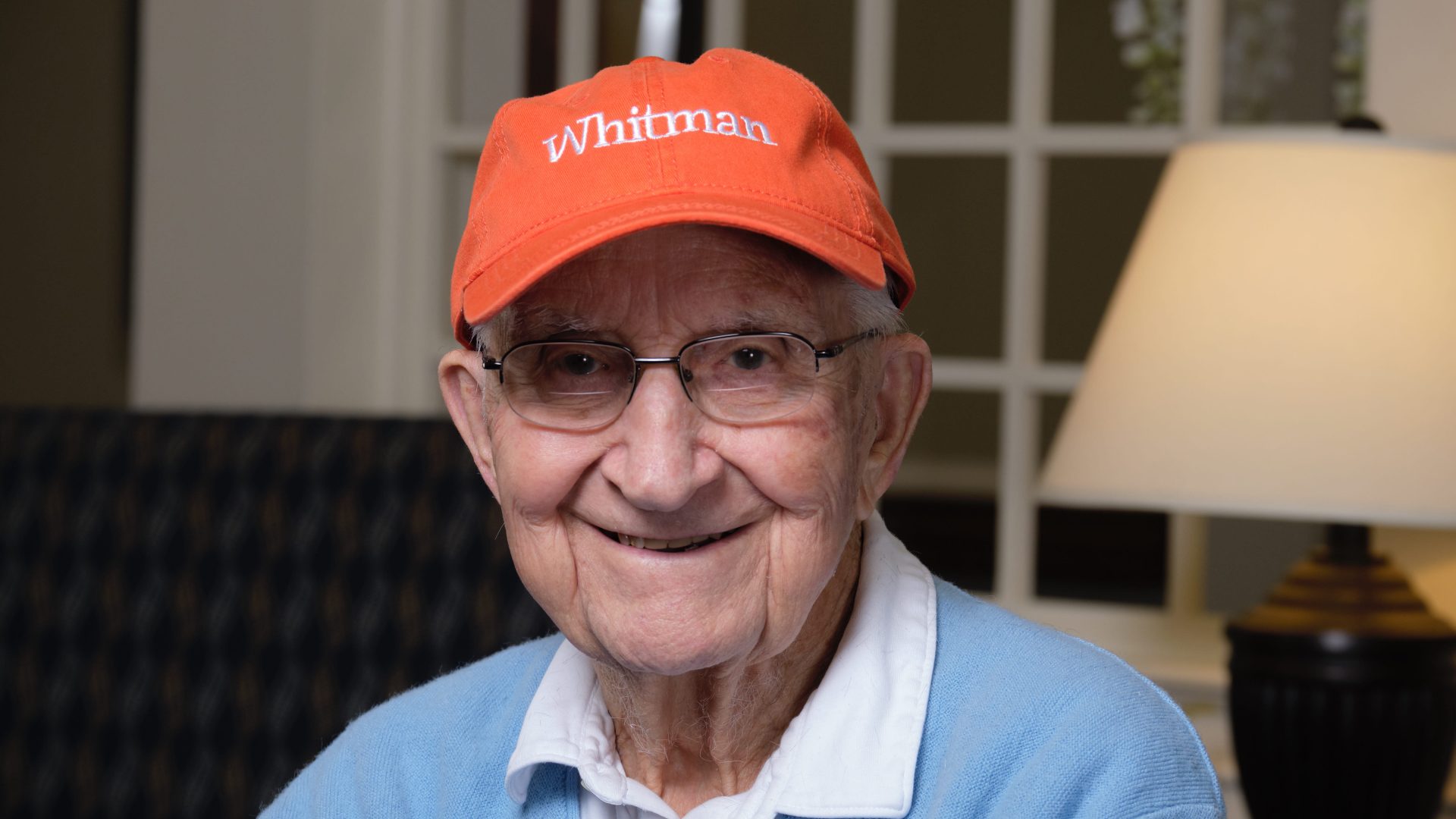 Blazing a Trail, Leaving a Legacy

Luke Pesane was the first in his family to go to college. He graduated from Syracuse University in 1949, after earning a marketing and psychology degree from the School of Business. Now, at 101, he recalled how groundbreaking it was for him to earn an advanced degree.

“My parents were Italian immigrants,” he said. “My mother didn’t even speak English! But, I knew I wanted a degree and I persisted.”

He enrolled in an accounting program mostly for scheduling reasons, but transitioned to psychology and political science, taking marketing courses, as well.

“Looking back, it’s amazing that I was able to attend classes at all,” Pesane said. “To help pay our $32-a-month rent, I worked in a factory all day, and went to class in the evening. I had a wife and a newborn son.”

Pesane met his wife, Ruth, at a dance hall on Butternut St. in Syracuse. For him, it was love at first sight.

“In those days we crashed dances just for fun!” he said. “I told my friends I was going to marry that girl someday.”

True to his word, the couple wed three years later. They were married 75 years and had three children before Ruth passed away in 2017.

A Long, Successful Career and History of Mentorship

Pesane worked for Moore Business Forms, then the largest business forms company in the world, for nearly 30 years, working his way up to regional sales manager before retiring. Never one to relax too much, Pesane quickly decided to open his own executive search consulting business.

“My experience helping companies find good employees was what led me to volunteer with the Whitman School’s Central New York Alumni Club, working with job-seeking seniors in mock interviews, coaching them on strategies for landing the right job,” he said. “I would explain how to make the best first impression, starting with the clothing you wear and the way you communicate.”

The advice Pesane provided members of the Whitman School community over the years has been invaluable to so many. In a Whitman Magazine article in 2011, Matthew Dietrick ’10 said he still stayed in contact with Pesane. “It’s hard to find someone with so much experience, yet still willing to offer so much help.”

Driven to help people, Pesane continues to find ways to make a difference. His latest interests are in health care and the ways in which we can learn the secrets to staying healthy as we age.

“It’s more than being educated and not smoking,” he said. “You get old fast if you don’t do anything. Staying busy has kept me sharp. I was driving until one day short of my 100th birthday!”

He never did participate in commencement, not realizing that although his course would be completed in August, he could walk in the spring. But, he’s not disappointed. What he has done with his life since then holds more memories than one stroll across the stage. And, the Whitman School is fortunate Pesane is a part of the family.